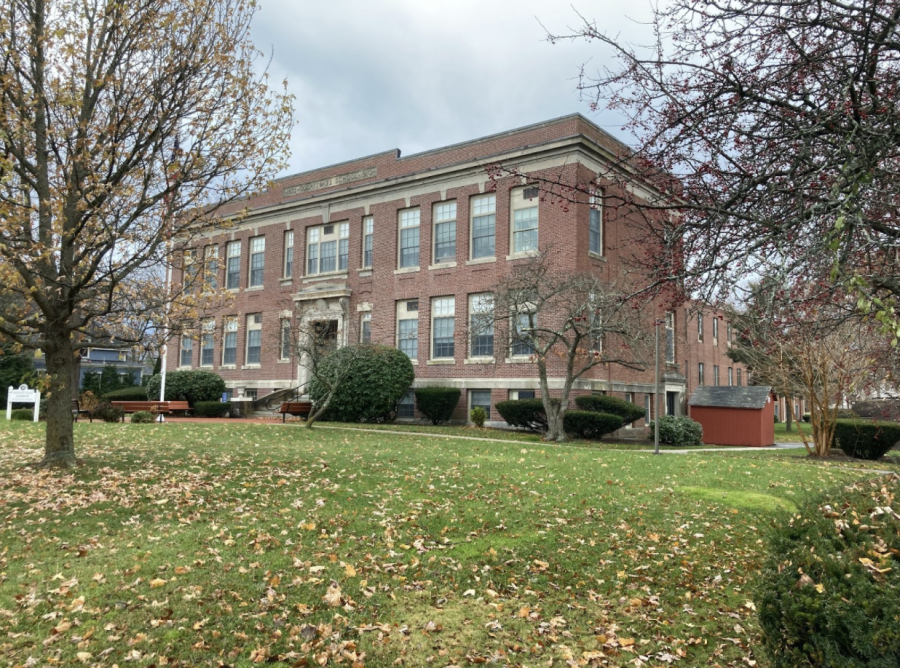 A building owned by the Wayland Housing Authority is pictured in the afternoon. The department was recently involved in a meeting discussing the expansion of affordable housing.

The Town of Wayland held the second meeting of two discussing its Housing Production Plan (HPP) on Thursday, Nov. 18. The plan decides the affordable housing in Wayland and how to get it to 10%, the statewide goal, of all the housing in the town.

According to Chapter 40 B in the Massachusetts legal code, “The HPP shall contain at a minimum the following elements, covering a time period of five years: [one], Comprehensive housing needs assessment; [two]. Affordable housing goals; and [three]. Implementation strategies.”

However, according to Executive Director of the Wayland Housing Authority Brian Boggia, the HPP has an extra purpose.

“It helps the town focus on what our goals are and what the town needs to do to get to those goals,” Boggia said. “[It also helps us focus on] what kind of regulatory systems we have in place, what are the obstacles and how can we facilitate building more affordable housing. It’s a good tool because there are so many committees in town to deal with housing.”

The second meeting in the pair discussing the HPP for the next five years was focused on the current state of affordable housing in Wayland.

“[Wayland is] right around 10% [affordable housing], but that could change,” Boggia said. “Because of the 2020 census, we have more residents in town, but then the houses required to hit the 10% also increases. It’s a moving target.”

After that, they went into groups and dealt with more specific proposals. Boggia specifically was discussing the new Mendler Woods development near Boston Post Road in Wayland, and the specifics of the project.

“[Mendler Woods is on] very beautiful, very countrified land, and they want to build 5 units of a clustered housing development, and accessory dwelling units for rental off of each one of those,” Boggia said.

Boggia also mentioned how grouped or clustered houses can help those with specific needs outside of just being a cost saving measure.

“I have a lot of elderly parents come up to me that have a disabled child that’s at home with them,” Boggia said. “They’re worried about the future of their child. They don’t want them to end up in some kind of institution, or on the streets, they want them to be taken care of. That’s a really big one for me. The housing authority serves the neediest people in town, income wise, and mentally disabled as well as elderly people.”

While conservation and housing may seem separate, they can work along with each other to create hybrid projects such as in the Oxbow Meadows Field project.

“In the past, we’ve tried to get an old Nike missile site, and we managed to put 16 affordable units over three acres and the rest of it is open space, including soccer fields and trails,” Boggia said. “They can work together if done correctly.”

Some affordable housing projects, however, can add other problems to the surrounding communities. These problems may include home values lowering according to Wayland resident and author Nish Acharya.

“People’s house values are their main source of wealth,” Acharya said. “A town that’s considered diverse, or has more affordable housing, tends to have lower home values than towns that are considered elite. The real concern, as in the sense that it’s true, is that affordable housing will lower the values of property, and that will affect their wealth, their retirement, the money they have for their kids’ colleges and other things like that.”

Also, increased traffic could be another concern of residents, due to the roads in Wayland being generally one lane.

“Another qualm that may or may not be true is that there would be increased traffic if you add 30 units [of affordable housing] somewhere,” Acharya said. “Our roads are one lane roads, extra traffic could slow things down, and we all know how it is with our schools. I think that’s the second thing that’s also accurate but much smaller.”

Junior Theodora Ghosh is a large supporter of affordable housing, and the majority of students they talked to were supporters about the subject albeit a biased sample, they said.

“Housing is a basic need and right, it should be available regardless of financial situation,” Ghosh said. “The majority of students I’ve talked to are strongly in favor of the current plans to build affordable housing in Wayland. That being said, most of the students I’ve talked to about affordable housing are either in my English class, where we are reading a book that advocates for such development, or in my personal social circle, where our beliefs generally line up.”

Boggia also discussed how public opinion of affordable housing in Wayland has changed over the years, from a more negative angle to a positive one.