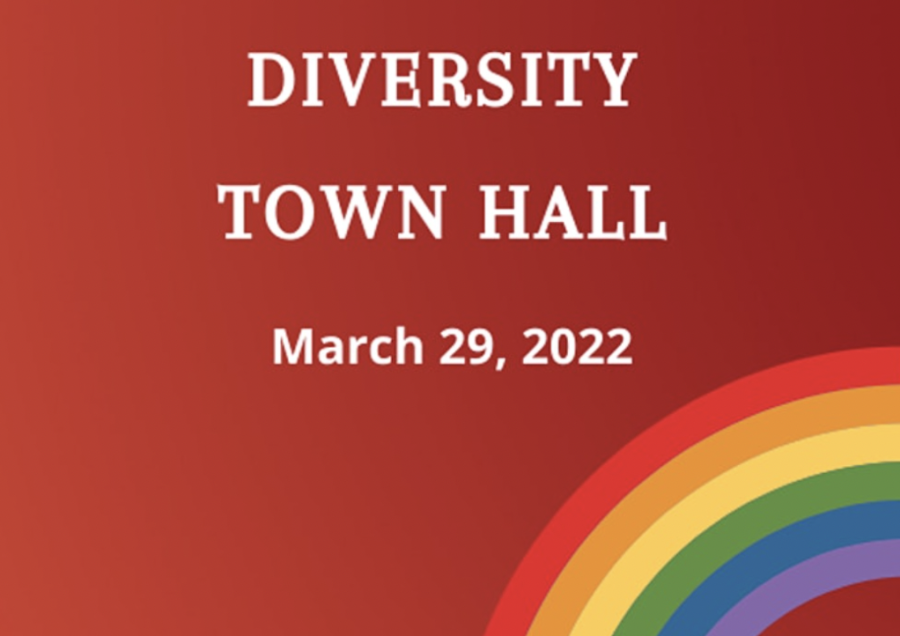 On Tuesday, March 29 from 7 p.m. to 9 p.m., One Wayland will host Wayland’s first Diversity Town Hall. For those attending in person, the event will take place at the First Parish in Wayland while virtual attendees can watch a simultaneous live stream.

First Parish in Wayland will open its doors to Wayland and neighboring communities including Westford, Cambridge, Needham, Brookline, Sudbury, Weston and Holden on Tuesday, March 29 to hold a Diversity Town Hall. In collaboration with Re-Envision Consulting, Wayland’s Human Rights, Diversity, Equity and Inclusion Committee (HRDEIC), Westford’s First Parish Church United and Wayland’s Interfaith Leaders Association, a coalition called One Wayland has taken the initiative to bring together members of the communities to address the harms of racism. The event will be broadcast on a live stream and 50 registrants will be able to attend in person.

Because this will be Wayland’s first ever Diversity Town Hall, current member and former chair of the HRDEIC and an organizer of the event, Dovie King, hopes the new method of processing racism could benefit the community.

“After there are racist incidents, I don’t feel there is a town-wide approach to dealing with them, to talking about it, to healing, to coming up with a plan on what we’re going to do about it,” King said. “Since I’ve been a resident of Wayland, I haven’t seen any opportunities for the community in general to have a dialogue on having cultural understanding and acceptance, so that everyone in our community feels that they have a place, that they’re respected, that they have safety.”

Instead of just reacting to racism, the event will focus on finding proactive ways of preventing it. Still, a large part of why it is being held is to respond to racism surrounding Wayland Public Schools. In the past year, there have been multiple incidents at Wayland Middle School and comments from Westford Academy students directed toward a Wayland varsity girls basketball player at a game.

“[The racist incidents] affect morale and how safe you feel at school, so I felt I needed to do something about it as a parent and someone who lives in Wayland,” King said “Whether they’re METCO students, whether they live here in Wayland, we need to make sure all students have an opportunity to participate in sports or to be in school and not have to worry about being taunted or berated.”

Initially, the Diversity Town Hall was going to be a discussion between just members of Wayland’s community. After King communicated with Westford residents, it was decided that they too would participate in the event, and before long, even more towns wanted to join in.

“I was just blown away at how receptive Westford has been,” King said. “I can say all of their key members in town government immediately responded, they’re planning to attend. That’s really heartening because in this scenario Westford’s students were the wrongdoers, but the fact that that community is willing to come together with Wayland, take accountability and be part of the conversation to come up with a solution, is a great example of how we need to address racism and move forward.”

Though many of the racist acts occurred in schools, King believes that understanding and dealing with them is the responsibility of the town, as well as WPS.

“The idea really was, this is a community problem, so let’s address it on a community level rather than just expecting the schools on their own to solve a problem that really is not just limited to schools,” King said. “It’s a broader problem.”

Without the full town’s effort, schools have been combatting racism as best they can on their own. WMS had a half-day training where students attended workshops and got to learn about different experiences.

“We certainly talk about it a lot in education, but engaging a broader community really helps everyone, if it’s not just work that can be done in schools,” WMS Principal Betsy Gavron, who plans to attend the event, said.

Other Wayland residents who have registered to attend the event, like HRDEIC member Yamini Ranjan, feel that opening up the discussion to other towns is a great way to share perspectives and strategies to prevent racism.

The event will likely be participatory and have conversations around the effect that the racist acts have had on residents and families. It will be professionally facilitated by Re-Envision Consulting. The HRDEIC has worked with the Worcester-based group in the past for implicit bias training. Re-Envision Consulting will be using their expertise to make difficult topics more manageable and assure that attendees have a positive experience.

“We [will] have a dialogue, we [will] brainstorm ideas and also do some restorative justice work, which means trying to mend and address the harms that our children or students have been facing as a result of the incidents in question,” King said.