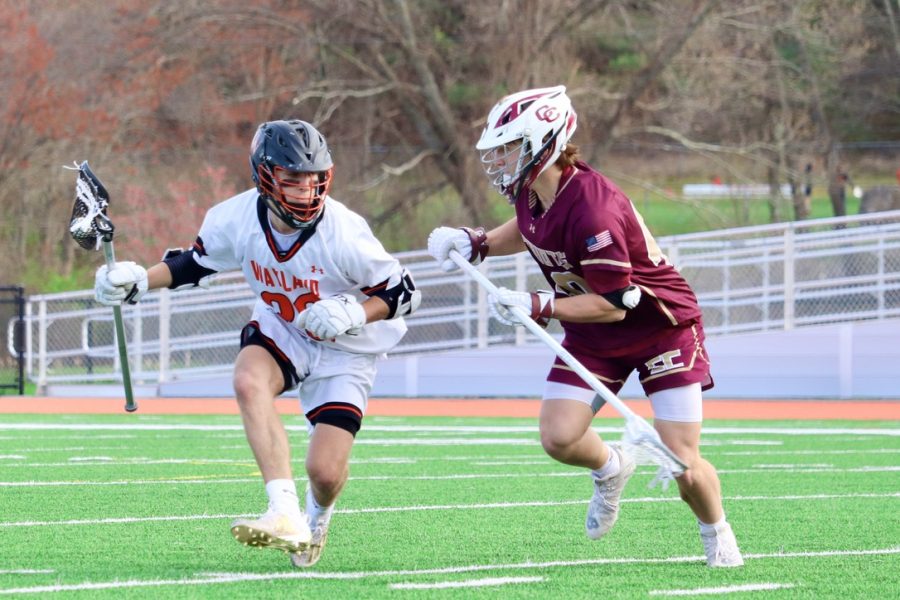 Senior captain Ryan MacDonald strategically moves past his opponent and tries to get closer to the goal. "The team has been consistently standing up for each other, and we've done an outstanding job of really becoming a team and doing whatever it takes for the team to succeed."

Wayland boys varsity lacrosse put up a tough fight against Concord-Carlisle (CC), but ultimately lost with a score of 5-8 on May 3. CC came into the season with the reigning MIAA division two state champion title. Wayland currently sits with a record of four wins and six losses.