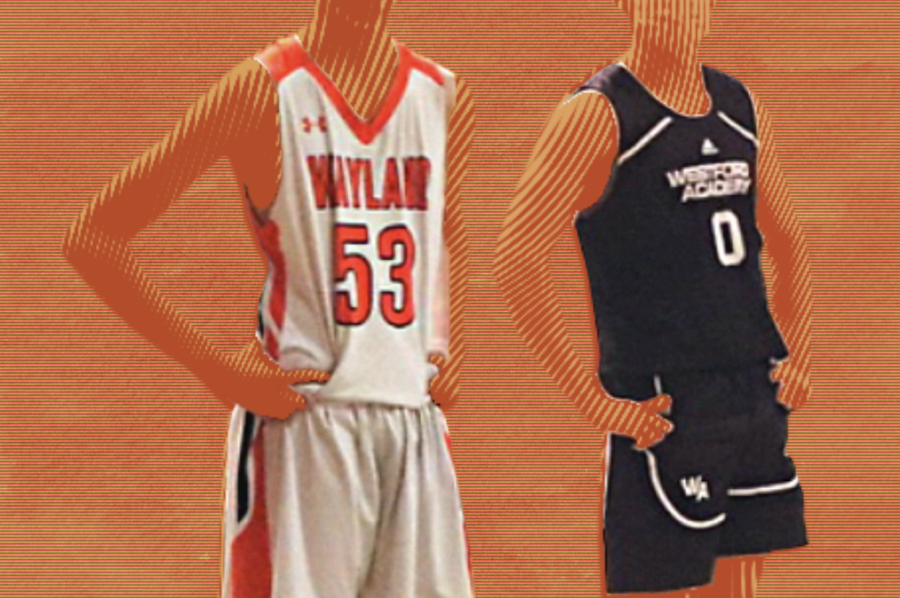 Wayland and Westford Academy collectively participated in race workshops during the week of May 11 due to a racist incident at a girls basketball game back in January. “We did not have a goal of solving the issue, but we hope some students will realize that taunting at games is not acceptable,” Athletic Director Heath Rollins said.

On Friday, Jan. 28, the Wayland girls basketball team made its way to Westford Academy in anticipation of a tough game ahead. Upon arrival, many players were shocked to find the amount of Westford students waiting to watch the game. A big reason for the surprise was due to the fact that at the time, Wayland was only allowing two spectators per player at home.

Throughout the game, there were light jabs made by Westford student spectators towards the Wayland players, but nothing out of the ordinary from what a student athlete can expect. However, to the surprise and dismay of many, some of the chirping done by the spectators took a turn.

The students had moved from cheap comments about the team to targeting a specific player for her appearance. There were remarks made around her appearance and race, both of which have the potential to leave a detrimental mark on one’s self image.

Wayland Public Schools’ Superintendent, Dr. Omar Easy, made the decision to cut off all Wayland sports competition with Westford, as some students felt unsafe traveling to Westford after the incident. However, several months later, both Wayland and Westford wanted to be able to compete against one another again, so it was mutually agreed that there needed to be something done to repair the relationship between the two schools.

After plenty of time and discussion, it was agreed that the spring sports would go through a “race workshop” to begin the process of healing the broken relationship between the two schools. The first thing that was done was having two players and one coach from each town’s sports teams join a zoom with the Director of Diversity, Equity and Belonging, Caroline Han, along with a few others in leadership roles from both Wayland and Westford. This meeting occurred in May, a few months after the incident.

“Heath Rollins and Allyson Mizoguchi asked me to create something meaningful and hopefully, restorative for the spring athletes,” Han said. “None of us are immune, we are all working towards a greater understanding and tolerance of differences. We wanted an activity to bring the teams together and instead of just canceling the [sporting] events, [we wanted] to use that time in a productive way.”

Some athletes from each team were informed on parts of the plans, but for the most part, players went into their selected day completely unaware of the activities that were planned.

“We got there and sat in a circle while the coaches from both teams introduced themselves,” freshman lacrosse player Lily Cerne said. “For lacrosse, they broke us up by grade instead of team, so all the freshmen [were] together, sophomore[s] [were] together, and so on.”

Depending on the sport, athletes would be split up differently, but no matter what, there would be at least one Wayland player paired with at least one Westford player. In an anonymous Google form sent out to Wayland High School students, many students expressed concern in the workshops not fully achieving their purpose.

“I know why we met and I understand why it is important, but it felt like the workshops, although fun, were unnecessary,” anonymous student A said.

There was a good deal of frustration conveyed by students, who felt it was unfair that Wayland was almost being punished for something that Westford did. Many students were aggravated that some Wayland teams had to travel to Westford for a non-game activity when they felt it should have been Westford coming to Wayland to fix what some of their students did.

“At the workshops, we weren’t allowed to talk about what happened, which didn’t really make sense,” anonymous student B said. “Also, they are the ones that did the bad thing, not us, so I think it was unreasonable to force girls teams to travel all the way out to Westford. Westford should have had to come to Wayland.”

With the many negative experiences shared, there were still numerous athletes and coaches who enjoyed the workshops. Many people felt as though it did not fully fix the issue at hand, but was a step in the right direction. Both schools acknowledged beforehand that the workshops were not an immediate solution to the problem, but more of a way to begin making it more manageable.

“We did not have a goal of solving the issue, but we hope some students will realize that taunting at games is not acceptable,” Rollins said. “We are happy with the events, but we [also] learned a lot, which will aid in developing other workshops in the future.”

For the next steps, a lot of league teams have been talking about doing more workshops with teams in the Dual County League starting in the upcoming fall season. The hope for the future is that meeting players from other teams becomes more normal and makes it so people understand that the person they’re facing off against is also human. The goal is for athletes to understand the commonalities between them, so they start to understand why it is not acceptable to make rude and hateful remarks aimed at others, no matter the team they’re on.

“A couple bad kids from Westford don’t define their whole school,” anonymous student C said. “We had some meaningful discussion and then got to play lacrosse together.”