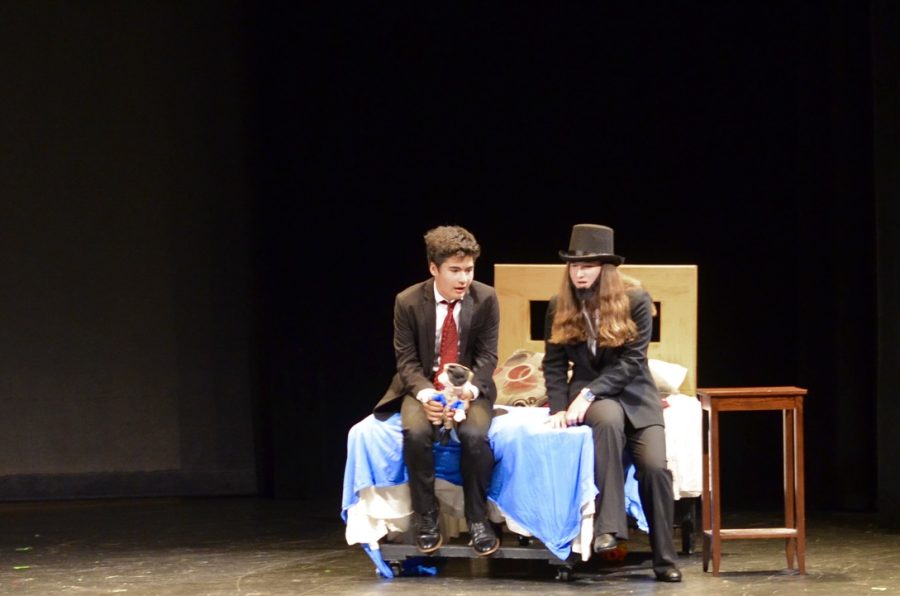 Sophomore Max Markarian playing a worried John F. Kennedy, gets a visit from freshman Rachel Goldstone, who plays the role of Abraham Lincoln, during “John F. Kennedy Zombie Slayer." This was Goldstone's first play with WHSTE. “[Senior one acts] bring out people who might have been interested in performing but perhaps the commitment had been too big for the larger projects, so we sort of get a broader group coming out to perform,” drama teacher Aidan O’Hara said.

The Wayland High School Theater Ensemble continued the tradition of having seniors direct one-act plays on Friday, June 11. The five plays ranged from about 10 to 20 minutes each. The first play was “That Darned Wedding Cake,” followed by “A Regency Romance Abridged,” “How to Overthrow Your Student Government in Seven Easy Steps,” “Happy Anniversary” and finally, “John F. Kennedy Zombie Slayer.”