Opinion: Serena Williams is – and always will be – the G.O.A.T. 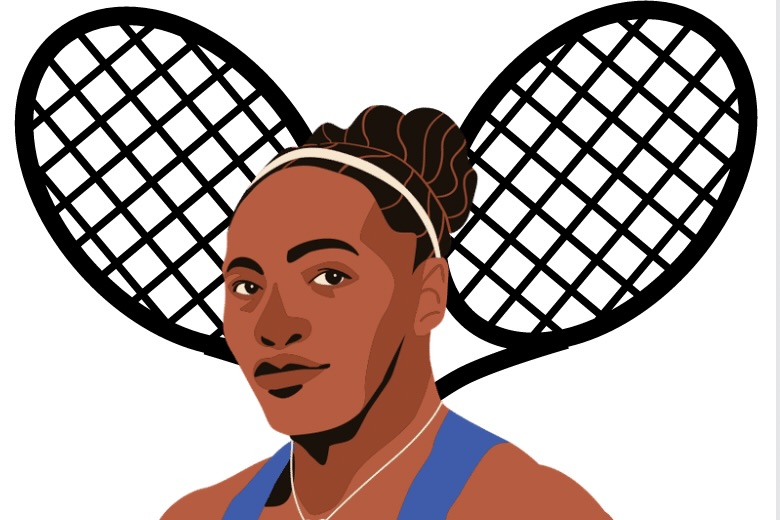 WSPN's Bella Schreiber discusses all things Serena Williams after her decision to retire.

Retirement can mean so many things for professional athletes. It can mean freedom, fun and a less stressful life. However, it can also be terrifying and heartbreaking. For Serena Williams, the decision to retire meant an overwhelming mix of all of these emotions.

In August, Williams said that her career was beginning to wind down and “evolve,” but on Sept. 9, Vogue released an interview with Williams detailing her experience with the decision to retire. This has been a long and complicated process for her, as it means being done with something she has practiced her whole life for. Her decision ultimately came down to choosing between expanding her family or continuing to play. In the end, she chose her family.

Williams is not only a record-breaking tennis player, but she has also served as an inspiration for many people, especially for young women and women of color. Williams has faced racism and sexism during every part of her career. Tennis is a predominantly white sport with around 78% of current professional players being white individuals. Because of this divide, there was a lot of doubt surrounding Williams, especially at the start of her career.

The fight for being the greatest of all time in any sport will forever be an ongoing battle with no clear winner. Each person will have their own opinion for who ultimately deserves the title, but for me, the greatest tennis player of all time is 100% Serena Williams.

The greatest player of all time is not just about who has won the most titles or who has the best statistics. I try to look at the different factors that could contribute to each person’s record, as well as how each person has impacted people both on and off the court.

Not only does Williams have the second highest record of grand slams won – 23, one behind Margaret Court – but I believe she has also inspired and encouraged an entire generation of young women to pick up their own racket or try their own sport.

While other players solely faced the difficulties of competing in the sport, Williams took on the additional challenge of laying out the building blocks for young women and women of color who would eventually be inclined to play. Despite every challenge and obstacle, she kept playing.

Giving birth, postpartum depression or starting a business, you name it, Williams played through it. She showed people what it took to be the best and what it looked like to always fight for what you want.

Lately, Williams has been shifting her focus into empowering people with her brand: Serena Ventures. After 27 years of professional tennis and dealing with the racism and various other drawbacks, it seems fitting for Williams to recenter her thoughts around a brand that focuses on building up others and giving people confidence.

Serena Ventures’ original focus was to make clothes that empower others to look and feel their best. In 2019, just a year after releasing her clothing line “S by Serena,” Williams launched a jewelry line.

“Her designs are inspired by strong, confident women, and celebrate life’s authentic milestones,” Serena Ventures said on its website.

Williams’ tenacity to help others and learn from their experiences is just another example of how she supports people on and off the court. I, like many others, admire how she looks beyond just her athletic success.

Serena Ventures has collaborated with other companies to donate masks to kids during COVID-19 or food to families in need The Williams family has also come together to create The Yetunde Price Resource Center (YPRC). YPRC was originally started in honor of Yetunde Williams after she passed away in 2003 due to a senseless act of violence. The goal of YPRC when it launched in 2018 was to help people affected by random acts of violence and ensure that people learn to grow and thrive from their trauma.

If you ask me, Williams has done everything she can to make sure that others can live a happy, healthy and successful life. Obviously, she is only one person and can’t stop all the problems in the world, but Williams is trying her best and doing a good job of it. Based on who she is as a person and as a tennis player, I am more than confident in calling her the greatest of all time. Williams has done so much for so many people and she undeniably deserves to retire and continue to build her family. After 27 years, I want to thank her for all she has done and am excited to see what is in store for her next.