Success should be in the eye of the beholder 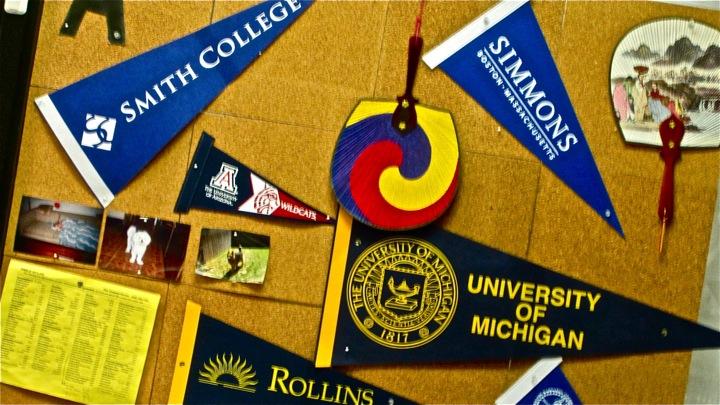 Across the country, a dangerous amount of emphasis is placed on college admission, detracting from learning in high school. WHS could do more to combat this trend. Delaying the creation of Naviance accounts is a good place to start.

Talk of the mounting pressures on our community is becoming increasingly common, and GPA total is a familiar and sorrowful lament echoing in the halls of Wayland High School. There appears to be a common theory that only the best grades are worthy of the prestigious institutions that we are conditioned to attend.

Once I was even cut off mid-sentence and informed I would never be admitted into Brown with my GPA of 3 point – well, they’ll never know what the next digit is because apparently that ‘3’ killed my chances of any long term success in life.

So, to you fellow “underachievers” (AKA, anyone who has ever gotten a point off on a test), I am here to tell you there is nothing to worry about! Did Steve Jobs give up when he nearly ran Apple into the ground? Did Thomas Edison give up the lightbulb concept after 10,000 prototypes? Did the Red Sox give up on a World Series title after 86 years?

If you said “no” then you are correct! Feel free to give yourself a 100%, an A, a pat on the back, a gold star, a smiley face, a sticker and a hearty slice of your favorite dessert. Failure is simply a part of life. The goal is to learn from your struggles, not wallow in the sadness they create.

Unfortunately, people are wallowing in the sadness they create.

A popular tactic to avoid the painful sting of a B on our English report card is to rush to Sparknotes to give us the ideas necessary to round out our Catcher in the Rye essay. It doesn’t matter that we don’t actually learn and synthesize the material, right? It’s obviously more important to get an A than to be a critically thinking and effective citizen of the world.

Or maybe, making mistakes can teach us the quickest route to fix a problem. And one failure does not define anyone’s entire life. Does the referee condemn the Patriots to a loss if they’re losing to another team, say the Bills, 24-13, with only 5 minutes left on the clock?  Of course not!  Tom Brady simply leads the team on a charge to claim victory 25-24. By the way, it’s his first game back from an injured knee, which was a challenge to overcome in and of itself.

Whoever told you that there was only one type of success is the one who should get an F. After all, colleges don’t use a checklist titled “The Ideal Student” to choose who they accept. Yes, the varsity soccer captain who lives down the street, who sang in a cappella, played the trombone, started a club, and traveled to South America to build houses got into Harvard, but that doesn’t mean you have to do exactly what he did to get into a perfectly good school.

Nowadays, colleges are looking for kids who are passionate about what they do. A simple laundry list of favorable activities won’t get you into college, but the story your application tells about you as a unique individual will. They don’t want any specific type of student, but a student who loves what they do, whatever they do. Amherst college admissions officers also say that a passionate application stands out over one that just goes through the motions.

“Is it important to be involved? Definitely. But, is it better to do something you’re passionate about? Yes.” said Amherst. Admissions departments don’t favor well-rounded multi-activity students to focused, one-passion students.

The Bentley University admissions office won’t even entertain the idea of admitting kids based on the number of activities they’ve chosen. They say it’s simply “not accurate.”

“There’s no specific activity we’re looking for,” said the Bentley University admissions office. “We’re looking for the most diverse campus you can [get]. It doesn’t matter what activity you do, just that it’s unique to you. We want to see the real you.”

See? You are accepted based on what you can contribute to that specific community – not the C you got on your Bio midterm.

The bottom line is, you need to understand that your future doesn’t ride on one form of success. Be yourself, and you’ll find yourself where you need to be.

This report is part of the in-depth story, College applications consume seniors.