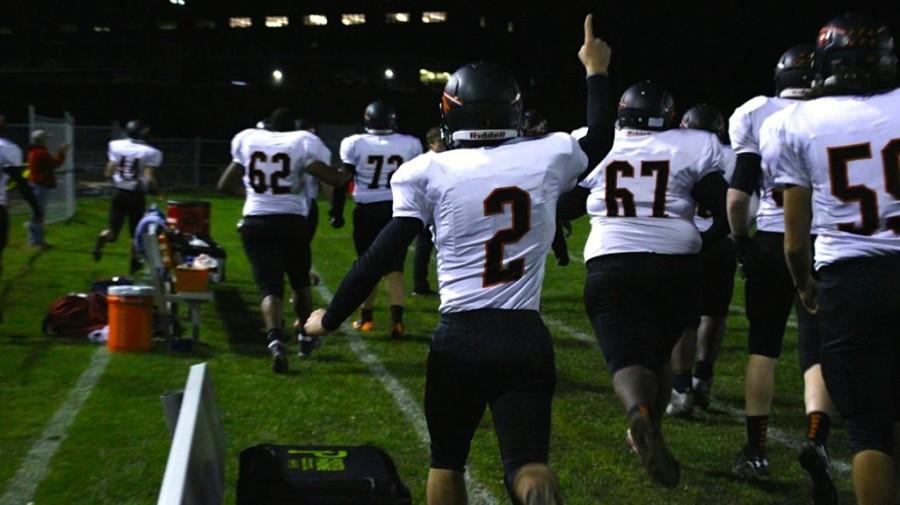 The first quarter was a defensive struggle, with both teams holding the other to minimal offensive production. Senior Robert Jones of Wayland made the game’s first big play as he found receiver senior Charlie Tillett downfield for a 40-yard gain after scrambling out of the pocket. The opening quarter ended a few plays later, leaving both teams scoreless going into the second quarter.

Early in the second quarter, the Warriors converted and ended up with a first and goal after junior Michael Connell caught a pass that was tipped up in the air. Concord-Carlisle’s defense held strong on the goal line, forcing Wayland into fourth and goal. The Warriors elected to go for it, and it payed off as Jones found senior Andy Carmichael in the end zone for a two-yard touchdown.

It didn’t take long for Concord-Carlisle to respond with a touchdown of their own. They orchestrated an efficient drive down the field, capped off by a 30-yard touchdown run by Kejuan Farquharson. But on the PAT attempt, Concord-Carlisle fumbled the snap, and the Warriors recovered and returned it all the way back to the end zone. This was after Carmichael lateraled the ball to junior Jimmy Lampert on the return. The rest of the quarter was scoreless, and going into halftime, Wayland was leading 8-6.

Midway through the third quarter, Concord-Carlisle put together a solid drive and punched it into the end zone on a 10-yard run by Andrew Gemelli, giving Concord-Carlisle the lead, 13-8. Penalties plagued the Warriors for the remainder of the quarter, and they couldn’t get anything going offensively.