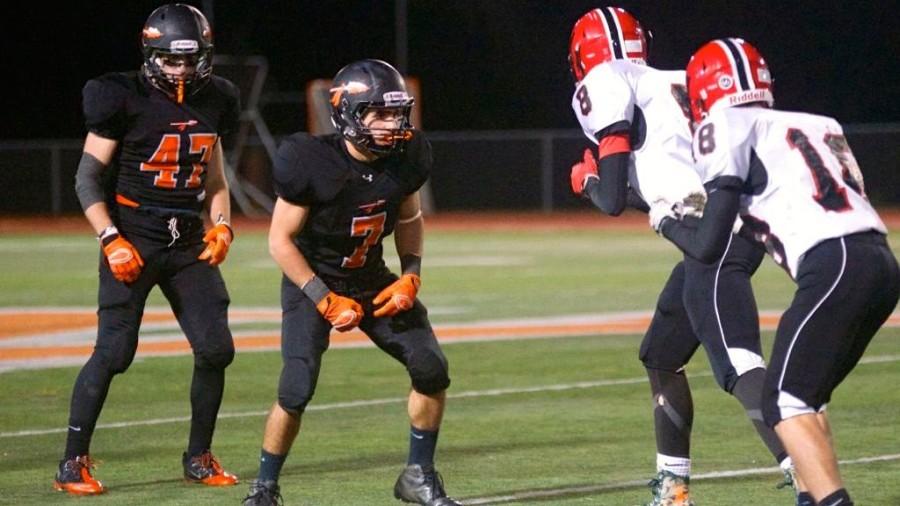 This Thursday, the Wayland Warriors and Weston Wildcats will once again play in the annual Turkey Day football game held on Thanksgiving. The last time these two rivals met, Weston beat the Warriors 19-6, getting revenge for their loss the previous year. Wayland’s head coach, Scott Parseghian, expects that his team’s performance will improve in front of the home crowd following the regular season loss to the Weston.

“I hope we play a lot better than we did the first time we played them,” Parseghian said. “Weston obviously outplayed us, on all aspects of the game. They were ready to play.”

As expected, this game holds special meaning to Wayland football.

“What I always tell our players is, ‘We’re not going to the Super Bowl this year, so this is our Super Bowl. This is bragging rights between the towns,’” Parseghian said.

The trophy that these teams compete for every year has found somewhat of a home in Wayland, as the Warriors have dominated the Turkey Day series in recent years.

“I’ve been coaching for 14 years, I’ve only lost it twice, and I don’t intend to lose it again,” Parseghian said.

As for the possibility of cold weather, Parseghian is not worried.

“[Our last home game] was as cold as can be, and we put 50 points up on the board,” Parseghian said.

That game will be played tomorrow at 10 a.m. at Wayland High School.