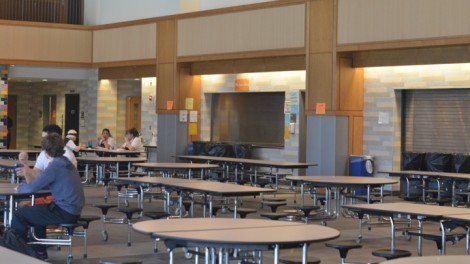 Students might have noticed differences in the food services program in the past two months. Food services began to implement numerous changes to the food choices and prices in the cafeteria this year.

The changes came after a review of the food services department by Edvocate, an outside consulting firm.

“Last year, the food services department underwent a review by an outside consultant, and what they were looking at was the operation because budget-wise, it was getting tighter and tighter,” food services director Cheryl Judd said.

With guidance from Edvocate and the Wayland School Committee, the food services department started implementing changes. These changes included an increase in locally sourced foods, larger meal portions and the elimination of styrofoam in all of the schools. According to Judd, the School Committee voted to increase the prices for some of the snacks in the snack bar and increase the price of hot lunch from $3.50 to $4.00.

“We looked at some of the changes to try to increase marketing, to try to get rid of styrofoam, to bring back and bring in more of the fresh fruits and vegetables, to offer the [largest] portion sizes to the extent we can. You know, we take it to the edge,” Judd said.

Food services is also starting to bring in locally sourced food from within New England. To bring in fresh foods, the food service department participates in the Fresh Favors program run by the National School Lunch Program. Through this program, the district was awarded money to bring in fruit and other produce.

“It’s hard [to bring in locally grown food] during the school year because you only have a certain growing season. At this time of the year, we certainly do get apples, and all of the apples that we get [are locally grown],” Judd said.

Food services is not yet done implementing changes. Judd is trying to gather student input on more potential changes by having students at the different schools answer surveys.

“I had [the Workshops to Go program, last spring] do an allergy training for the entire staff. The food service workers from all five schools came and participated in the workshop,” Judd said.

Another one of the plans that they have for the future is to bring in guest chefs to the schools.

“That’s one of the goals that we’d like to bring forward. And that’s something that we’re still working on,” Judd said.