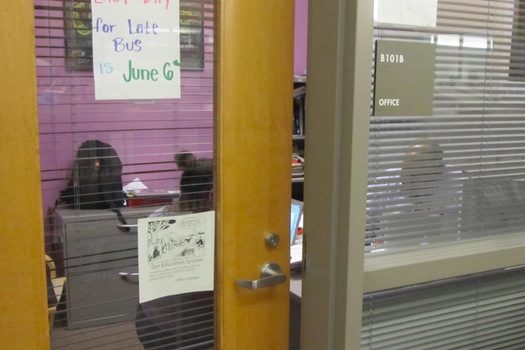 Pictured above is the WHS METCO office. The METCO program was founded in Boston in 1966, and has since bused Boston students to 38 school districts. 2017 is the program's 50th anniversary.

On Thursday, December 8, a small camera crew from the TV show “Chronicle” will film a segment about two Boston resident WHS students who are a part of the METCO program, freshman Jaden Brewington and senior Jenia Brewington. Footage of the students’ day at school will be used in an episode of the show that will celebrate the 50th anniversary of METCO and tell the program’s story. Principal Allyson Mizoguchi notified the WHS community in an email on Wednesday, December 7.

Mizoguchi said that “Chronicle” producers will respect the privacy of other WHS students and will blur out the faces of students in the background of their shots.