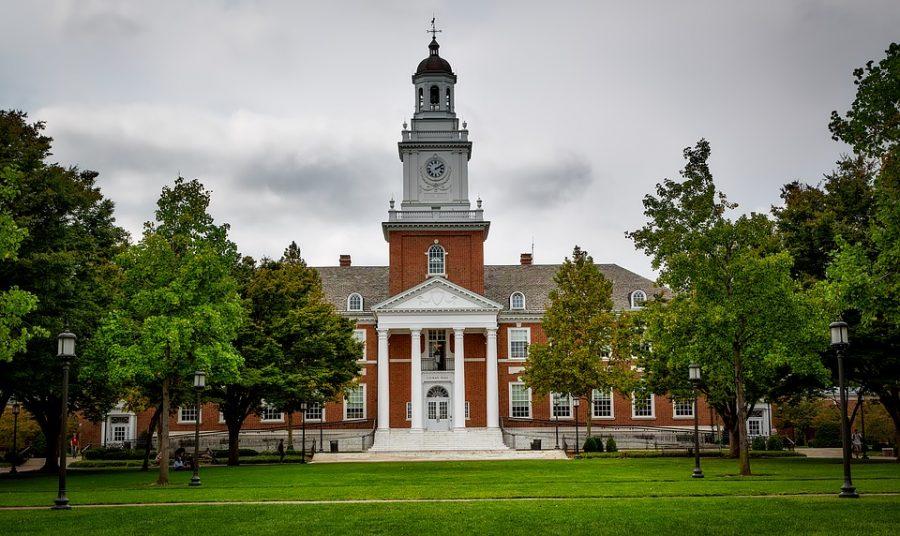 Pictured above is Gilman Hall at Johns Hopkins University. WSPN spoke with WHS seniors who are planning on taking gap years next year.

For most seniors, the fall and winter are the last few months of their high school run to tour some schools, finish up some tests and think about their college major. But for an estimated 10% of students, according to guidance counselor Dennis Doherty, autumn is especially cramped as they also send out their applications to their top choice of college education via early decision, or ED. Early decision is a process in which seniors apply to a college with the condition that if they are admitted, they are legally bound to attend; a smaller applicant pool provides a higher chance of scoring that coveted admission letter.

There are multiple cons to opting to apply early decision. To start, ED applicants have to really want an acceptance into their applied school.

If one were to apply for early decision, they are agreeing to go to that school if they are to be accepted.

“I know that when applying early decision you’re saying basically that you’ll go there no matter what, so you’re pretty much paying more than you would if you’d applied regular, typically,” senior Sophia Calder said. Calder did not decide to go for early decision and plans to go the traditional route and apply later in the year.

On the bright side of applying in the fall and winter seasons, there are some perks to applying ED. Just by the application alone, one can show their school of choice just how eager and ambitious they are to make their university a big piece of their future.

“I think the best part of early decision is that it really allows you to show your enthusiasm for college,” senior Sarah Raines said. “Admissions officers really notice if you say ‘I’ll go here no matter what happens’, [and] that’s valuable.”

“It increases your chances of getting into the college that you want. If you know exactly what college you want to go to above all else, then it’s a good decision to make to apply for early decision,” senior Coby Sommerfield said.

According to Lafayette College admissions communications vice president Robert Massa, it is “typically easier to get the [financial] aid needed” when applying ED. This is because of the leverage an ED applicant gains if they were to be accepted. Although accepted ED applicants are legally bound to attend the school they applied ED for, Massa asserts that if a student believes that the financial aid package the college offers them is inadequate, they can file an appeal and rescind their application without repercussions. Massa argues that because colleges do not want students to withdraw and subsequently lower the college’s yield, they will earnestly attempt to offer the students adequate and satisfiable financial aid packages.

Although there is an abundance of both pros and cons attached to applying ED, it is a very important process for a good percentage of seniors. However, it is not for everyone.

“Every senior has a unique situation. There are students who I think early decision is a great path for them to take,” Doherty said. “I also think there’s a number of students who would benefit going regular decision or early action. Because it’s binding, we really want to make sure, because they’re agreeing if they’re admitted, we really want to make sure the early decision school is far and away the students top selection.”

Based on her college outlook, Calder decided to apply regular decision later in the year instead of early decision.

“I wasn’t sure where I wanted to go. Also, by applying at the same time for every school, if one school offered me more money than another, I could ask the school that I wanted to go to to match that. I could potentially save my parents and myself money,” Calder said. “It just didn’t make sense for me because I didn’t have one specific school in mind.”

Ultimately, early decision application comes down to each senior; every situation is unique and should be dealt with differently. Some seniors’ best option would be to apply via early decision, but others feel that they need more time or haven’t set their eyes on a definitive target school just quite yet. Early decision is best for some, worse for others, but the decision to take the risk and commit to a single college is ultimately up to the individual.