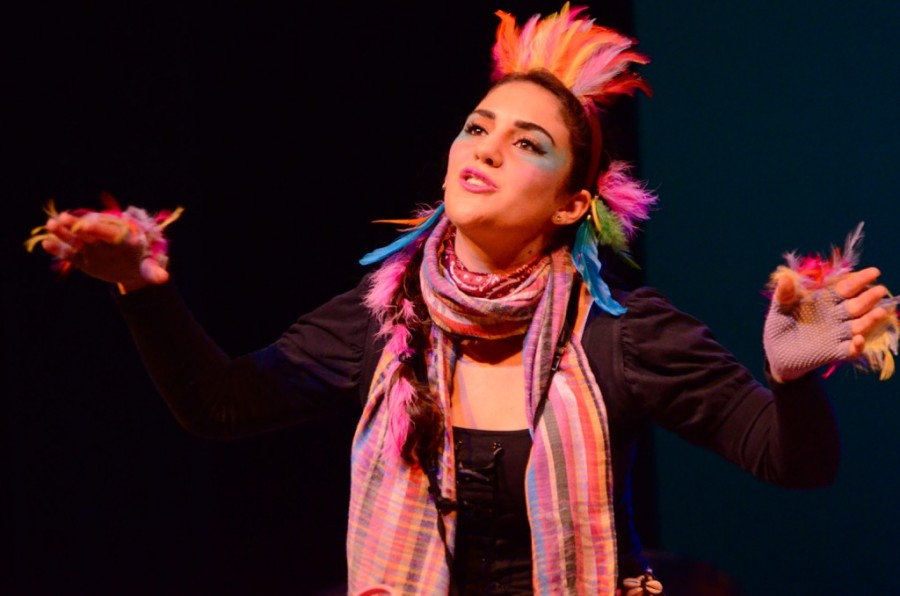 Above is senior Sophia Calder performing as the Kolokolo Bird in last year's musical, "Just So". WHSTE is holding auditions for this year's play starting March 2.

Starting Thurs. March 2, drama teacher Richard Weingartner will begin to hold auditions for the spring play. The play is a combination of Shakespeare’s Hamlet and Midsummer’s Night Dream. Weingartner describes Hamlet as a “revenge tragedy” with “one character avenging his father’s death” and describes Midsummer’s Night Dream as “traditionally a comedy with young lovers chasing in a mythical forest.” Weingartner advises students who want to audition to do research on both plays. The music selection includes songs from the Beatles, which will bring the “psychedelic quality” of the play.

Weingartner hopes that the audition will help students get used to working together. “Auditions take a while,” Weingartner said, “it’s called acting, not talking.”

The title of the play is to be determined, but Weingartner is “open to good suggestions” from students. Rehearsals for the play happen six days a week and the play will be performed on April 26, 27, 28 and 29.

“[The audition] is a come as you are party, we just want to see bodies.” Weingartner said.