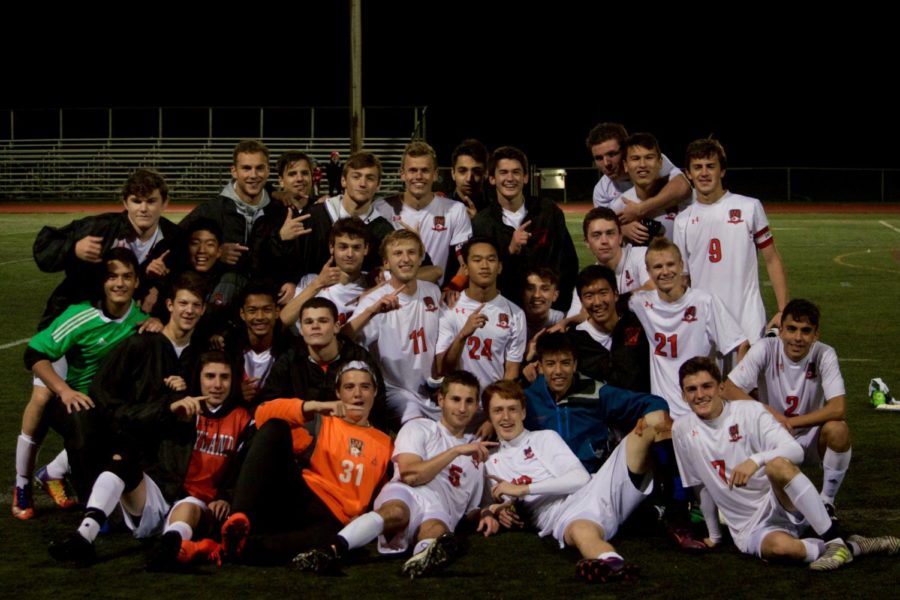 The boys' varsity soccer team poses for a photo after their win.

The Wayland High School boys’ varsity soccer team played at home in the quarterfinals against Weston on Monday night. The game started off with Weston leading by two goals, while Wayland had none. The team eventually finished the game with a 3-2 comeback win in overtime. Junior Andrew D’Amico scored the first goal for Wayland with 40 minutes left in the game, making the score 2-1 to start the second half. Junior Gage Fuller scored an unanswered goal in the second half, tying up the game and sending it into overtime. Senior captain Michael Jones scored an overtime header goal earning Wayland the final 3-2 victory over Weston. Watch Jones’ game winning goal above.