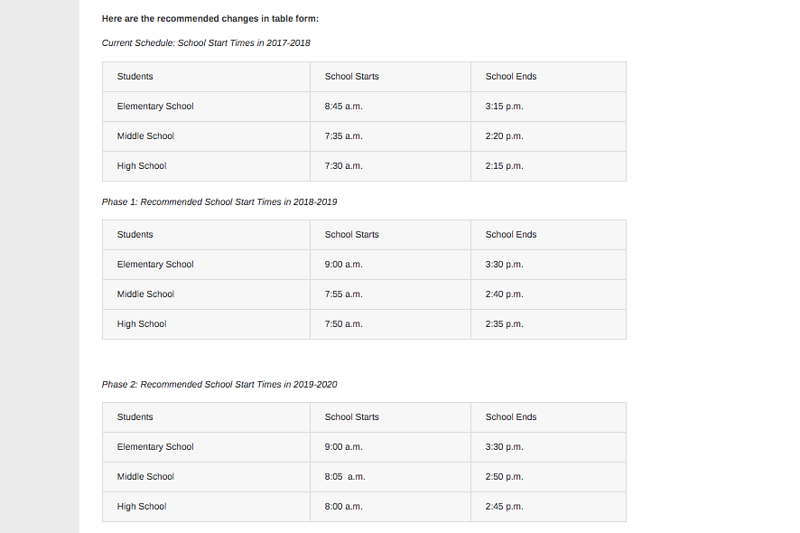 WPS Superintendent Arthur Unobskey recently unveiled a proposal to delay school start times for all district schools to the School Committee on Oct. 30. According to his blog, where he published his recommendations on Oct. 31, Unobskey aims to implement modifications through two phases.

Currently, elementary schools, Wayland Middle School and Wayland High School begin at 8:45 a.m, 7:35 a.m. and 7:30 a.m respectively. Phase 1 would take place during the 2018-2019 school year; elementary schools would be delayed by 15 minutes, and WMS and WHS would both be delayed by 20. Phase 2 in 2019-2020 would see WMS and WHS begin a further 10 minutes later, which ultimately results in a 30 minute delay in start time compared the current system. School end times would be pushed forward by proportionate amounts of time, so students would still experience the same school lengths, just later in the day.

According to Unobskey’s blog, “a tremendous amount of data overwhelmingly supports the need for schools delay their start time in order to enable adolescents to get more sleep.” Unobskey also states that research suggests delaying start times would not negatively affect in-school learning experiences.

In order to address transportation inefficiencies that could be generated by the new schedule, Unobskey is calling for an annual $45,000 allocation of funds to create an additional afternoon bus route and bus monitor, which would shorten bus ride homes for elementary students who live in Boston by about thirty to forty-five minutes.

Unobskey also noted his desire for Dual County League schools to delay interscholastic sports games in future years until timing would allow WHS to eventually begin school at 8:30 a.m., which appears to be Unobskey’s end goal. The School Committee will vote on the subject in January of 2018.