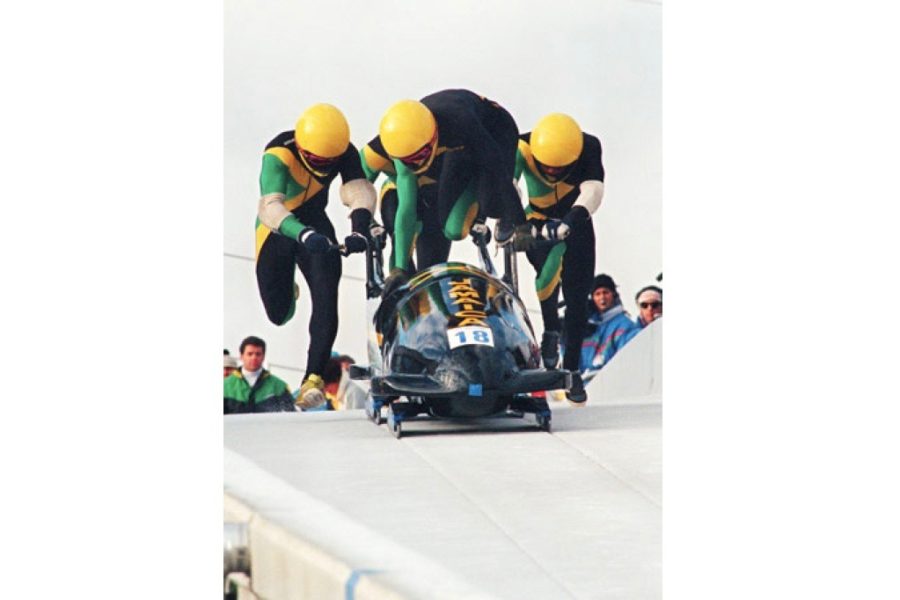 Pictured above is the Jamaican bobsled team the that film "Cool Runnings" centers around. After the showing of the movie at WHS was canceled, there was backlash from many students.

﻿At 2:48 p.m. on Tuesday, January 30th Principal Allyson Mizoguchi announced to WHS students over email that the showing of Cool Runnings on Wednesday would be canceled due to the “criticism related to racially insensitive portrayals of characters in the movie.”

Almost immediately after Mizoguchi announced the cancellation of the movie, students began to “reply all” to the all-school email. As of 10:50 p.m., the original thread has more than 165 replies, ranging from short outbursts to lengthy responses. The prevailing sentiment of the responses was one of intense dissatisfaction.

Sophomore Sidney Toga was one of the first students to respond in detail.

“In 1988, a group of four Jamaicans traveled to the Winter Olympics, hoping to break stereotypes. These four individuals only had a dream. They had a dream to prove that they and anyone could compete in anything, no matter what it was,” Toga wrote in his reply. “The fact that the administration has come up with the idea that this movie shows racially insensitive portrayals of characters is absolutely and utterly absurd.”

“As a person who has seen this movie many times and as a person of color, I would like to point out that this movie has nothing to do with racism at all,” sophomore Michayla Mathis wrote. “Actually, it focuses on [the characters’] struggle[s] to prove people wrong who doubt them.”

“The whole idea of the movie is about proving people wrong and to show how anything is possible. I am very disappointed!” Jones wrote.

One student began a petition opposing the cancellation of the movie. As of 11:50 p.m., the petition has 183 signatures.

Other students were more opposed to the decision to not show a replacement of Cool Runnings. They emphasized the effective lack of ability to relax after midterms. According to them, not showing a movie challenges the underlying principle of winter week.

“It feels like we haven’t gotten any type of break after studying and stressing so much. I still have the same amount of class work and homework like any other week,” sophomore Quinn Fay wrote.

“I caution you to separate your disappointment about not being shown a movie tomorrow (any movie) from the reasons for the decision not to show Cool Runnings specifically,” Mizoguchi wrote. “There are plenty of articles out there celebrating the positive messages of Cool Runnings, too — as you know, it’s hard but necessary work to weigh and reconcile these varied points of view.”

In regard to the lack of a replacement, Mizoguchi wrote that while the administration had considered switching out the movie, technological issues made this difficult.

“Due to technological issues, we weren’t confident we could pull it off in time,” Mizoguchi wrote. “Also, Student Council had already run a process, and with the short timeframe, an alternative choice felt uncomfortably arbitrary.”

Mizoguchi also warned students of replying with inappropriate remarks. While not referencing the Acceptable Use Policy (AUP) directly, she spoke to a higher honor code that, according to her, WHS students ought to follow.

“While I applaud the open dialogue, I also want to make sure that you understand the importance and necessity of being appropriate and responsible in your ‘all school’ email messages,” Mizoguchi wrote.

She noted that students will be able to discuss the movie in advisory and during a lunchtime dialogue session on January 31.

*As with any study, this survey was subject to typical sampling variation as well as possible voluntary response bias. Statistically, they are only meant to obtain a sample of the students at WHS and are not necessarily representative of the entire student body. The data from these studies are presented for readers to make their own conclusions.

Click the logo for full coverage of Winter Week 2018