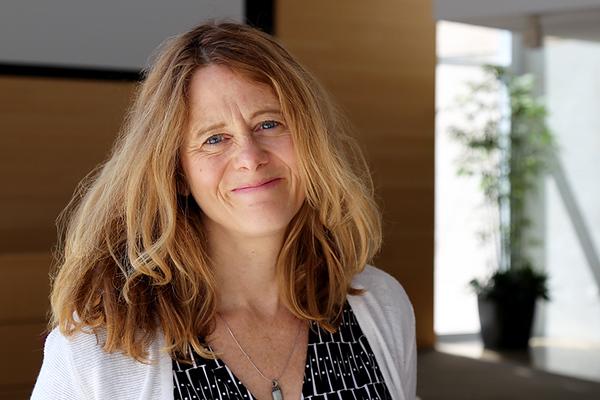 All juniors and seniors attended a mandatory lecture by Dr. Susan Eaton of Brandeis University about the METCO (Metropolitan Council for Educational Opportunity) program. The lecture explored the past, present and future of the program and examined its strengths and weaknesses.

Eaton studied at the University of Massachusetts Amherst and later received a Master’s in Education and a Doctorate in Education from Harvard University. She wrote her thesis on the METCO program, and today she works as the director of the Sillerman Center for the Advancement of Philanthropy, an institute that connects philanthropists and foundations to social justice causes. She was a journalist before she became involved in local social justice.

“The inequalities I saw as a newspaper reporter both in terms of not just poverty, but in terms of who was in power and who made the decisions really made an impression on me,” Eaton said. “It made me see that white people still wielded the power in terms of government and politics… and that can lead to systematic discrimination and a feeling among people of color of not feeling welcome, not having power.”

Eaton began her presentation with the story of the METCO program’s origins. She then traced its progress through the years, highlighting both the good parts of the program and some of its downfalls. A major focus of the presentation was the voices of METCO students. Eaton read passages from her book, “The Other Boston Busing Story: What’s Won and Lost Across the Boundary Line,” that contained first person recountings of positive and negative experiences in the METCO program. Every METCO student Eaton interviewed in the writing of her book expressed enthusiastic support for the program.

During the presentation, Eaton shared how the program has helped students find a path to success and introduced diversity to districts similar to Wayland. According to Eaton, the graduation rate of METCO students is nearly 100%, and students of all races who go to diverse schools are more likely to succeed in life.

In her presentation, Eaton often mentioned the Boston busing desegregation of the 1970s. She compared and contrasted this form of mandatory desegregation to the METCO program.

“I think that the Boston busing story is one story that has become the dominant story about desegregation and integration in Boston. It is a depressing, horrifying and completely true story, but it doesn’t lead one to be hopeful or to imagine what the possibilities might be,” Eaton said.

Eaton believes that the story of the METCO program can serve as an alternative narrative of integration of schools in Boston.

“There’s another story that’s about METCO that’s as complicated, rich, sad and as hopeful, it’s got all of those elements in it, but we don’t tell it because it’s not as dramatic. I thought it was important to know about that story too and to know that even though this program isn’t perfect, it is a path forward,” Eaton said.

According to Eaton, a key difference between these two programs is the involvement of suburban areas. She believes that including the larger metropolitan region in an effort to desegregate Boston is the best path to success.

As the METCO program has progressed over time, several patterns have developed. One pattern that Eaton discussed is the difference in the overall experience of male and female students in the METCO program. Eaton explained that, in general, boys have had an easier time integrating into the social life of majority white suburban schools than girls have. At the same time, girls developed a sense of ownership of their education and self advocacy skills during their time in the program. Eaton believes that many factors contributed to this difference.

“Because boys’ sports were seen as the main event, that would, at least in a superficial way, allow for these METCO kids to be more integrated into the community and be accepted and exalted as ‘one of us,’” Eaton said.

The students who felt more at home in high school because of sports often didn’t carry that sense of belonging beyond their time at the school.

“They look back on it and they feel kind of exploited ‘oh, you liked me because I can play basketball or I can play football,’” Eaton said.

Eaton also attributed the differences between the experiences of boys and girls to dating culture. She found that black males were more likely to be popular with white girls than black girls were likely to date white boys. She believes that this dynamic could be what leads to the cohesion among female METCO students and the development of the aforementioned characteristics.

Another pattern Eaton observed about the METCO program is that the increase in the Latino population in Boston has not been reflected in the participants of the program. Many students attending the presentation wondered why this was. According to Eaton, a possible explanation can be found in METCO’s history.

“It is a program that historically has existed based in the African American community in Boston, so I think that’s where the awareness of the program is the highest,” Eaton said.

Eaton also explained that students who need ELS (English language services) may not benefit as much from the METCO program. Students who don’t speak English as a first language may find themselves isolated in a suburban school system.

Much of Eaton’s presentation was based on research done a number of years ago, but she believes the overall trends remain the same.

“There’s a lot that’s changing, and so I kind of feel like [the research] needs to be done over again. I think we’ll find a lot of the same patterns, but I think it will be more precise,” Eaton said.

Eaton believes that students at WHS should take advantage of the METCO program and the diversity it introduces to the community.

“I think it would be great if students pushed administrators and teachers to have a space where kids who are in the METCO program and kids who aren’t can have a constructive dialogue together, learn about each other’s experiences and even see the world through other people’s eyes,” Eaton said.