Class of 2019 to provide party buses for junior prom 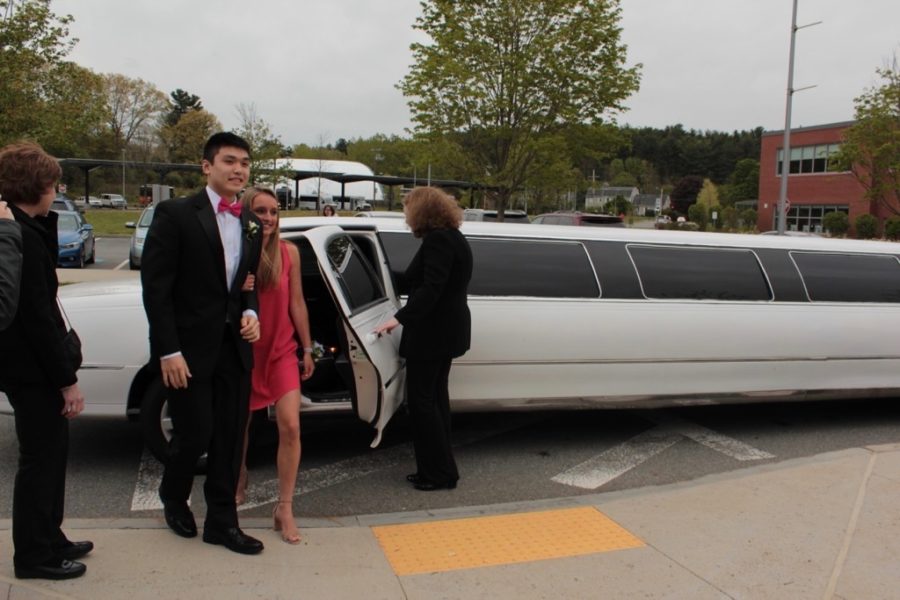 WHS students arrived to prom in their own transportation last year. This year, the administration and the class of 2019 officers compromised on party buses for prom transportation.

All students participating in the 2018 junior prom will be required to ride to the prom venue on a party bus provided by the high school. Prior to last year’s prom, students arranged their own transportation, and most chose to rent limousines with friends. During the 2017 junior prom, the administration provided coach buses for students, but the majority of students filled out an opt-out form that allowed them to set up their own transportation.

This year, WHS Principal Allyson Mizoguchi felt that there needed to be a new change for the 2018 prom. Before the school year began, Mizoguchi announced that all prom participants would be required to ride in coach buses. However, after pushback from the Class of 2019, Mizoguchi and the class executive board came up with a compromise: party buses.

“The idea of the [party] buses came from the [junior class officers],” Mizoguchi said. “They researched it, they talked to a few people, gave us a list of names to call and we explored that avenue.”

“[The party buses are] the best of both worlds, and they are not as much money,” Kiefer said.

From Mizoguchi’s perspective, the student body seems relatively happy about the decision to take communal transportation in the form of party buses.

Assistant Principal James Nocito arranged for the bus company to bring a party bus to the curb for inspection by the administration and student representatives. The bus’ interior was decorated with neon lights, two television screens and surround-sound speakers.

“I saw students who seemed happy, interested and excited about the prospect,” Mizoguchi said. “My impression [from] talking with students afterward was that there was a really positive attitude about it.”

The goal for Kiefer was to make the best decision for the junior class.

“First, [we] wanted to make the rest of the class happy because it was our job to plan the best prom possible,” Kiefer said. “We compromised, and [the party buses] were the best option.”

For many, the cost was a concern. On average, the party buses cost $60 per person, but the e-board’s negotiations with the supplier company brought the price per person down to $30.

Kiefer noted that the ticket prices would be a little higher because it includes many items that students would have previously paid for out-of-pocket. This year, the tickets are $105.