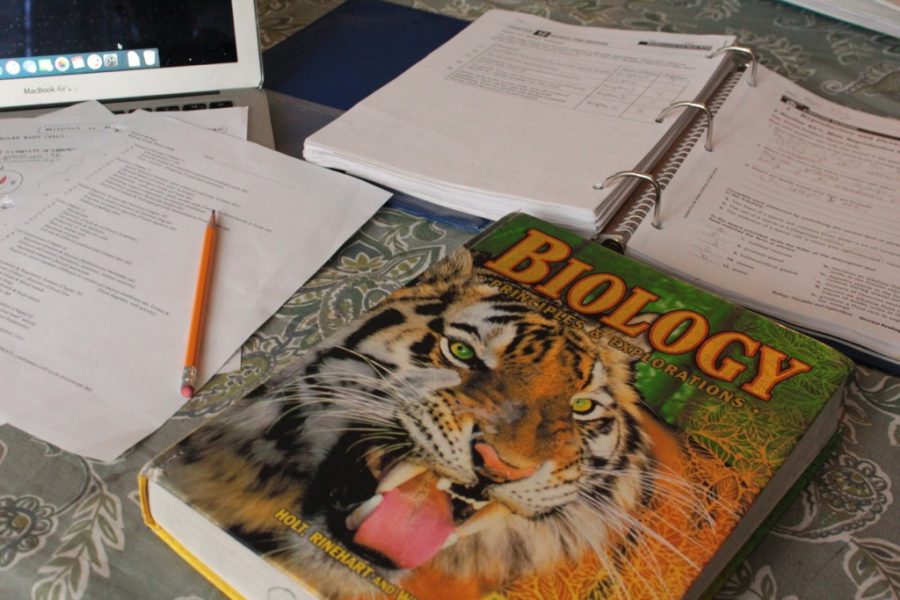 During this year’s upcoming finals week, final exams for mathematics will take place on Wednesday, June 20 and final exams for science will take place on Friday, June 22. Final exam dates usually occur consecutively, but this year’s schedule will be different. According to Mizoguchi, the decision for the exam dates to be split up came from Math Department Head Barbara Coughlin.

“We ended up encountering the issue [of having an exhibition day on a Wednesday] in a meeting,” Principal Allyson Mizoguchi said. “The whole point of exhibition days is to have a little more time, about 90 minutes, to have some fun and to have some sort of meaningful closure to the year, and it’s hard to do [that] when it’s a Wednesday.”

Exhibition days were thought of four years ago through a process of brainstorming with various teachers and administrators. Some teachers were not satisfied with having a final exam and would rather have facilitated a different activity with a two-hour block.

“More and more teachers were opting out of the final exam, and there was an increased interest in doing something more creative with the extended time,” Mizoguchi said.

Exhibition days also benefit elective courses that don’t have a slot for a final exam but wish to have closure for their students.

“Every class meets, every class has closure and it’s an opportunity for the students and teachers to do something different,” Mizoguchi said.

“It’s really important for [the math and science departments] to have that final exam time because then they know what skills students have mastered,” Mizoguchi said. “If you’re in [the] math or science [department], the belief is that [the final exam] is time well spent assessing a student’s knowledge.”

According to Mizoguchi, the language department is flexible and is willing to go with either exhibition days or final exams.

“Language has been extremely creative and flexible,” Mizoguchi said. “They are still discussing how to use that time because there are components to those exams, like reading and writing and listening.”

Overall, Mizoguchi views exhibition days as a positive contribution to the end of the school year.

“We’re seeking a meaningful experience for students at the end of the year,” Mizoguchi said. “I believe [that] the benefits of exhibition days are that [they] give teachers and students a really creative way to wrap up the year.”