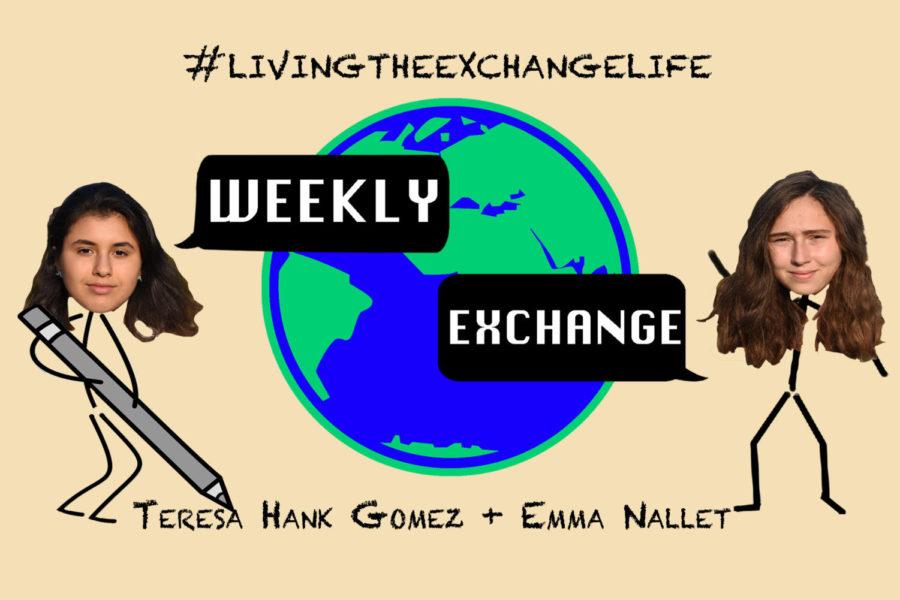 In the latest installment of Weekly Exchange, WSPN's Emma Nallet discusses the European refugee crisis from a new perspective after she gained a different insight during her experience in the US.

In 2015, Europe experienced one of the most overwhelming challenges in decades: the migrant and refugee crisis. That year, over a million migrants and refugees rushed to the borders of European countries, stunning governments caught unaware by the scale of the situation. Three years later, the continent is still divided over how European nations should orchestrate the reception and resettlement of immigrants.

The wave of migrants arrived essentially by sea, yet some crossed countries like Turkey to reach European borders. The vast majority of them were refugees from Syria, where the pitiless conflict has wreaked havoc and killed hundreds of thousands of civilians. Many also came from Afghanistan and Iraq. The population there attempted to escape from the aftermath of a fierce war along with the rise of ISIS. Other countries like Italy experienced an immigration from Eritrea. As a result of this unprecedented crisis, governments across Europe became more and more divided over the issue, some advocating for open borders, others calling for the migrants’ immediate departure.

France was just as overwhelmed as other countries. Although the previous government under Francois Hollande sympathized with migrants’ dire straits, it granted asylum less often compared to other countries like Germany or Sweden. Even if asylum applications were consequently lower in France, the positive answer rate was also inferior with 30 percent for France against 50% for Germany and 80% for Sweden, according to Eurostat.

Emmanuel Macron, president of France, has recently passed a new immigration law which has spurred controversy among all political parties. Macron’s chief goal in passing this legislation was to deal more efficiently with the flow of asylum seekers and improving France’s shaky immigration policy. But for the left wing, the legal text runs the risk of deteriorating the reception of migrants, even preventing someone from staking their claim. For the right wing, the legislation is too conciliatory with measures favoring a lax reception of migrants.

The first part of the law focuses on reinforcing foreigners’ rights who obtain a protection like an asylum. New laws are now in effect to facilitate the settlement of stateless persons. They also affect those whose situation does not meet the criteria to become a refugee but is serious enough to put their lives in jeopardy in their home country. The deal includes a prolongation of a resident permit and a family reunification that allows children with asylum not only to get their parents to come but also their siblings. While the left is in favor of this section, the right denigrates it vehemently. For the left partisans, the law contains several problems including the reduction of asylum seekers’ period to file an appeal if their dossiers are rejected and the increase in illegal immigrants’ detention period.

The United States is not to be outdone either and has recently tightened its immigration policy. Needless to say, President Donald Trump’s “America First” approach is everything but sympathetic to migrants’ quandary. Last April, Trump announced his decision to militarize the Mexican-American border while waiting for the construction of his promised wall. However, this stance is not surprising from Trump who has labeled Mexican migrants as “drug dealers” and rapists in the past. It isn’t startling either to hear him referring to Haiti and African nations as “s***hole countries,” or calling for more Norwegian immigrants. And that’s exactly why the situation in the United States is so alarming. Proudly claiming that certain immigrants are superior to others does not only show a penchant for social Darwinism but also endorses a mindset that justifies bigotry and hatred.

Bitterness against migrants is not limited to the US; in Europe, ultra-nationalism has been gaining ground at a frightening pace. In France, the rise of nationalism reached its climax during the presidential campaign when Marine Le Pen’s far-right party,“Front National,” became a serious candidate for the office. The results of the primaries served as a wake-up call to a great number of French citizens. Since the creation of the Fifth Republic in 1958, such a harrowing scenario never occurred except in 2002, when Jean-Marie Le Pen, Marine Le Pen’s father, lost the election against Jacques Chirac. The National Front has always terrified many owing to its anti-semitic history, its policy advocating the exit of EU and its remarks inciting racism and separatism. Just like in the United States, populist candidates take advantage of the people’s plight to serve their own interest and foment isolationism. In order to do so, opponents to immigration use strategies aimed at demonizing migrants and refugees.

In an interview for an Australian TV channel, Marine Le Pen was asked if she had any concern about France’s reputation as a great democracy and a country of tolerance. In return, she said, “I am a very tolerant and hospitable person, like you. Would you accept twelve illegal immigrants moving into your flat? You wouldn’t. On top of that, they start to remove the wallpaper! Some of them would steal your wallet and brutalize your wife. You wouldn’t accept that! Consequently, we are hospitable, but we decide with whom we want to be.” That is to say, pretty much nobody. This kind of position is not uncommon for Le Pen. Since she got into politics, she has been accusing migrants and refugees of exploiting the French welfare system, bringing terrorism into the country and causing France to lose its identity. However, the majority of terrorist attacks that have afflicted France were not committed by foreigners but by French citizens trained in Middle Eastern countries. There, aspiring fighters learn how to use war weapons and other tactics to commit terrorist attacks. Likewise, it is high time to realize that France is no longer a white and Catholic country, but a nation of multiculturalism and religious pluralism.

As a counterweight to anti-immigration sentiments, many French citizens also gather together to improve the situation of migrants and refugees. As a result of the 2015 migrant crisis, numerous organizations arose to help migrants and refugees find a place to settle and rectify their situation. For instance, the charity “France Terre d’Asile” runs thirty-four welcome centers for asylum seekers and provides migrants with legal support, helps them access healthcare services, send their children to school and get professional training or improve their skills in French. When a vast camp of thousands of migrants, known as the “Calais Jungle,” was established in Northern France, a large number of non-profit organizations also went there to improve the migrants’ ghastly conditions.

France is not a hostile country advocating the closing of borders. Nor is the US, at least not entirely. Nevertheless, nationalism, resentment against migrants and fear of refugees are sentiments that keep increasing. Today’s world has reached a point of no return that no longer allows people to turn a blind eye to the situation. The need to learn how to coexist is urgent. There is no alternative. Western countries must open their borders. Famine, wars, dictatorships, poverty, far-reaching natural disasters and the spread of diseases are only a couple of humanitarian catastrophes smiting populations across the world. Although it may be difficult for some to face a flow of new immigrants, no one should forget the unbreakable bond that ties us together: humanity. We are all human beings made up of flesh, bone and blood. In this period of major changes, separatism and isolationism can be a temptation to cope with an understandable fear of difference. Human beings are in many ways tribal, and that’s why it is important to break out of our comfort zones. Refugees are fleeing war, dictatorship and misery, not bringing them. Sinking into a policy of isolationism is not only against democratic values shared by both European countries and the US.

As an immigrant myself, I have been able to appreciate the importance of multiculturalism. Through this year, I discovered a country full of immigrants and that’s what makes the US so strong. It goes without saying that my experience is in no case comparable to the plight of those who ran away from the worst ill-treatment, but moving to another country and having to overcome cultural barriers transformed me. With the 2016 elections, the question of building a wall on the Mexican-American border became prevalent in the public debate. Today, the world is torn between globalization and an identity withdrawal, leading to the proliferation of walls and other ramparts as solutions for security. But are families seeking decent living conditions a threat to a government? Are young adults leaving behind them everything they have a menace to a country’s sovereignty? Are waifs who do not know anything but sorrow and poverty a danger for Americans? What is certain is that, throughout history, walls turned out to be vain and ineffective. The Berlin wall destroyed in 1989 is its perfect example. Let us be peacekeepers, not division makers.