“Next Up, RYANVIII:” Junior Ryan Dowling is making waves in the music world 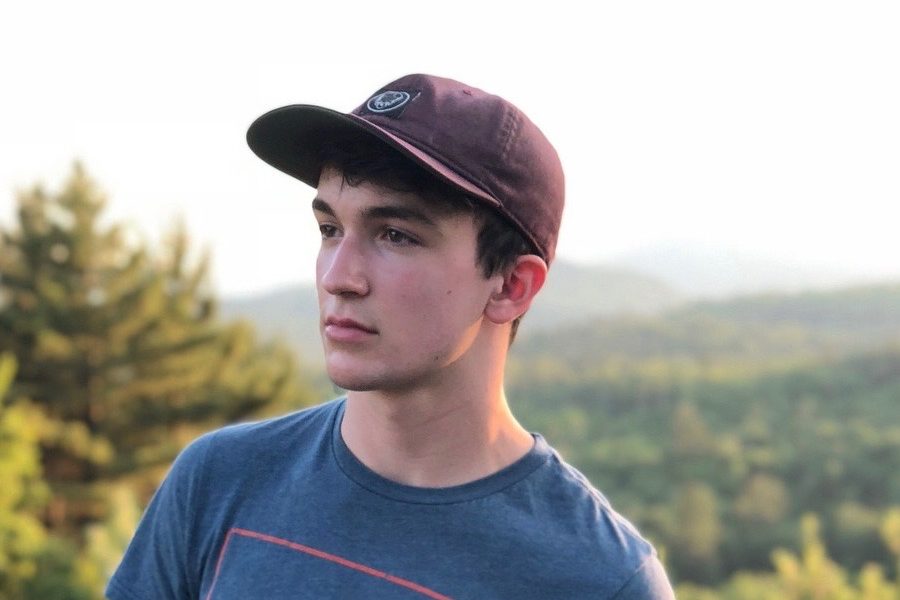 Pictured above is junior Ryan Dowling.

To most people other than the 1600 or so followers he has accumulated on SoundCloud, the name “RYANVIII” may not be a common one. However, that may change in the near future. Junior Ryan Dowling, who goes by RYANVIII in the music world, started producing songs at age 15 and has already made himself known in the music industry. It started out at as a creative outlet for him but turned into something much bigger.

“My love for music really [began] at a young age, listening to different tracks like the Curious George soundtrack. I’ve grown up with music and the creation of it,” Dowling said. “Then I started making music when I realized a needed some type of creative outlet. I began just using GarageBand, but [I didn’t use any] of the loops [provided by the app]. I was just trying to come up with something original.”

Dowling created the stage name RYANVIII to get top-line features with some major recording artists.

“Ryan is my first name and the eight in Roman numerals signifies a lot of sacred methods of healing,” Dowling said. “The way I’ve always looked at music is [that it’s] something that heals, [which] is where I want my sound to go. [I want it] to evoke some type of emotion.”

Dowling has been producing music for a year and a half now and has been working with numerous local artists in Wayland. Over the past year, he worked with Drew Chadwick, an artist who used to be in the band “Emblem3.” Chadwick and his band finished fourth in the second season of the show “The X Factor USA.”

“Over the course of the last year, [Chadwick] and I produced and collaborated on about six songs together,” Dowling said. “Those songs are all going to be on his debut EP as a solo artist.”

Aside from Chadwick, Dowling has worked with singers who have attended or are currently attending Wayland High School.

Contrary to what some may believe, the process of producing a song isn’t as easy or as quick as it seems.

“Usually, a song can take up to six months to [create], or it can take just a month to make,” Dowling said. “It really depends on when people are available to record the vocals and how long a production takes me.”

Although his music typically has the electropop-like feel of an EDM song, Dowling isn’t set on one specific genre when producing new songs. It takes a lot of talent to learn how to produce a song specific to one genre; Dowling transcends this, being able to produce whatever he wants, whenever he wants to.

“I usually make electronic pop, but recently I’ve been trying to make whatever feels true to me [without] worrying about the genre,” Dowling said. “I think it’s really awesome when an artist can transcend genre.”

In the coming months, Dowling is looking to expand the impact his music has already made through a new song featuring a famous producer.

“I have a remix of a song called ‘Pacific,’ which will [be coming] out hopefully a month after the original drops,” Dowling said. “The original comes out on September 20. The craziest part is that the original [‘Pacific’] was produced by Tank God, the producer of rapper Post Malone’s hit song ‘Rockstar.’ It’s an honor to be able to remix my favorite song and flip the work of the producer who had one of the biggest songs of 2017.”

Dowling’s music can be found on a variety of platforms, including Spotify, Apple Music, and SoundCloud. His upcoming single, “Pacific,” will be released to those platforms this coming September.