WHS team captains: the effect of team bonding on and off the field 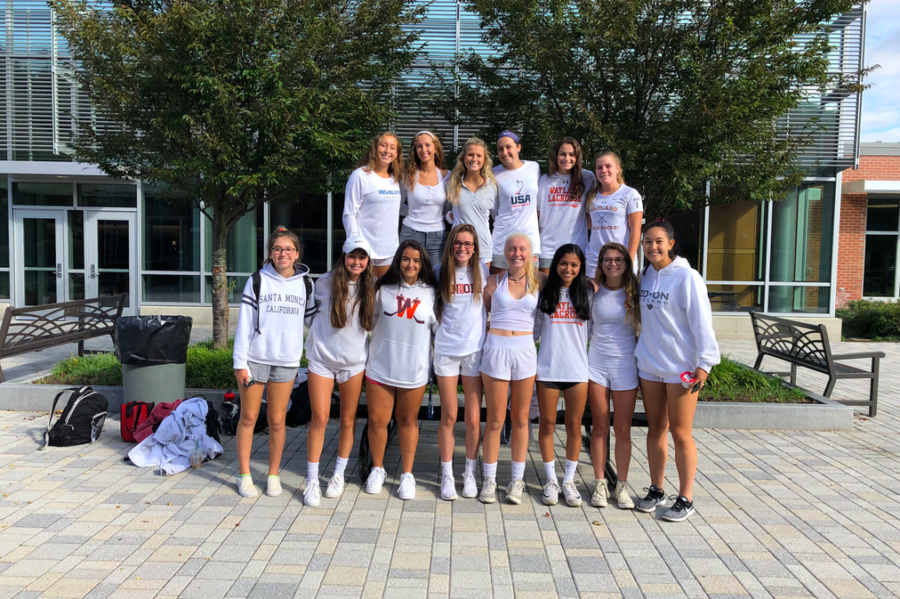 The girls' varsity field hockey team poses for a photo in for their "White Out" psych before a game.

The hard work that goes into creating a good team is much more than drills and practice for WHS varsity team captains. Skill only makes up a part of what’s necessary to play well on the field. Athletes must learn to work together off the field through team bonding activities in order to be able to work well together on the field.

“The first week after we got the teams, we did team bonding almost every single night,” Poulsen said. “I think that was a good way to start off the season – to have a close bond with the team.”

Tradition plays an important role in team bonding. Many teams at WHS participate in the tradition of team sleepovers.

“We usually do a team sleepover,” Poulsen said. “We’re hoping to do it within the next couple weeks, so that’s one of the traditions we hope to continue.”

“We’ll go out to IHOP and go out to get food at either Chick-Fil-A or Chipotle after a win,” boys’ varsity soccer senior captain Jake Tyska said.

“We [will] go to people’s houses, [have] team dinners [and do] stuff like that,” girls’ varsity field hockey senior captain Rosie Kiefer said.

Team bonding is an important factor for all Wayland WHS sports teams. Tyska believes that the time spent outside the soccer field replicates the success of the team on game day.

“[Team bonding is] important because the way we treat each other off the field will help us on the field,” Tyska said. “We’ll be closer as a team and have stronger chemistry.”