Kyle’s Column: Under the Weather 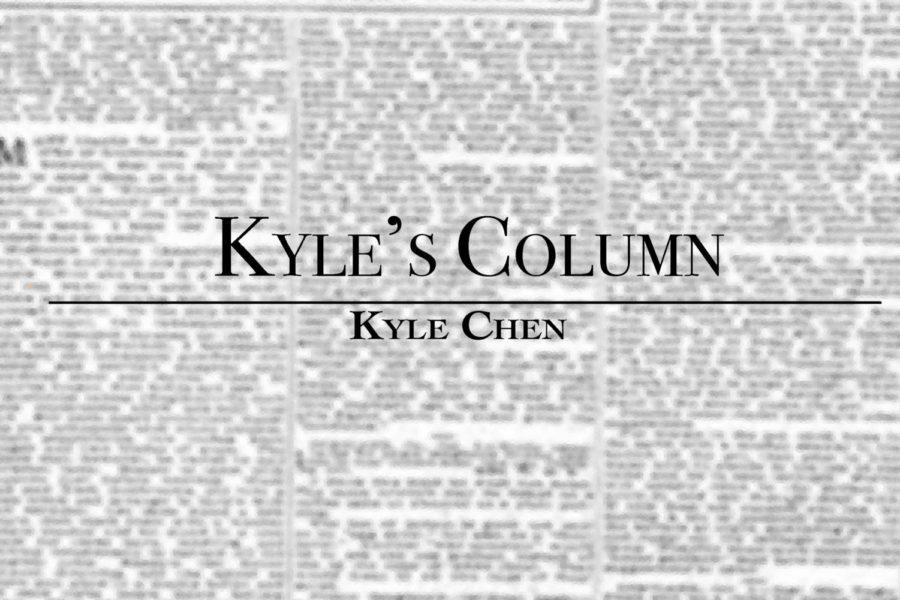 In the latest installment of Kyle's Column, WSPN's Opinions Editor Kyle Chen reflects upon the lessons that come with having a cold.

For the past couple weeks or so, my family’s been dealing with a pretty bad bout of sickness. It started with my brother, who came home with a burning fever, a hacking cough and a runny nose. As these things usually do, it quickly spread to the rest of us.

I myself have been sick for the past week and a half. As usual, it has not been the most pleasant of experiences. It’s not fun having trouble falling asleep at night due to an uncontrollable cough or waking up with a throat full of phlegm. But the worst part of being sick isn’t the coughing or the congestion; it’s the constant feeling of discomfort, the feeling of being under the weather that gets to you.

People react to sickness in different ways. Some people try to power through, preferring to solve their problems by popping a Tylenol and going through their day as usual, while others prefer to play it safe, holing up at home until they feel better, not worrying about missed work until after they’ve recovered.

One thing about being sick is that it really says something about the kind of person you are. During the week that I was sick, I didn’t miss any school, and I showed up at all my extracurricular events. But I’m not like either of my parents, who admirably are able to just gulp down a Tylenol and continue about their day as if nothing had happened.

The sickness really got to my head – when confronted with the constant discomfort, my mental fortitude crumbled. If it wasn’t for school, I probably would’ve just sat at home, moping about how much I hated being sick – as I did for much of the long weekend. As a result, I spent much of the past week in a pretty low mental state, struggling to get my head straight on my shoulders.

Over the past couple of days, I’ve finally started to feel better. Waking up isn’t such a mucus-filled ordeal anymore, and I no longer have to take a Tylenol every morning to get through my classes. And best of all, the constant discomfort is now a thing of the past.

But the experiences of the past two weeks have taught me a different, more significant lesson: appreciation. In the time that I was suffering from the cold, I felt awful, physically and mentally – but at the end of the day, the only thing I had to complain about was a sore throat, a relatively minor cough and the occasional headache. Any symptom I experienced pales in comparison to what someone with Crohn’s disease goes through. I was complaining about coughing, but I wasn’t the one with a terminal lung condition like my grandfather. If I suffered so much from a common cold, how would I ever deal with a diagnosis for something like cancer?

Really puts everything in perspective, doesn’t it? A lot of us take our health for granted. It’s a given that we can eat whatever we want, sleep without any trouble, and breathe in the air around us effortlessly. We go through our everyday lives, rarely taking any time to appreciate the fact that we can live without any impairments.

These past two weeks have been a wake-up call. Living with a cold and having to endure constant discomfort helped me realize just how good I have it. For those of us who don’t usually encounter adversity, it can be hard to appreciate just how easy our lives are because however bad you think you’ve got it, someone’s probably got it worse. So take the time to count your blessings, to appreciate what you’ve been given. After all, not everyone is as lucky as you are.