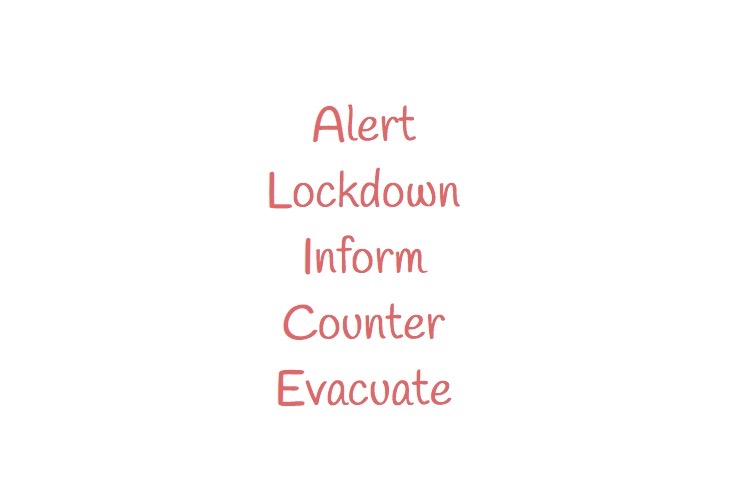 Students reviewed the ALICE procedure. The acronym provides the order of steps to follow in a situation of an intruder. “I do think that having walkthrough (live) drills strengthens our preparation,” Principal Allyson Mizoguchi said. “However, I also know that it is unsettling and strange for many students and staff."

Across the country, school administrations are implementing the ALICE protocol as news on school shootings continue to increase. Wayland High School has experienced a lockdown protocol until when ALICE was introduced several years ago.

Before ALICE was initiated into Wayland Public Schools, WHS had a lockdown procedure that included locking the door, shutting off the lights and hiding from doors and windows. The procedure was also known as “shelter in place,” but the downfall to this method is that evacuating was not an opinion, which is necessary for some scenarios.

On a regular basis, the administration trains the faculty to expand its knowledge on ALICE. Students then practiced the drill during third block on Oct. 18 with their teachers.

“Our training [between students and teachers] differs in that we [the teachers] make time to think through and discuss more emergency scenarios so we can be more prepared,” Principal Allyson Mizoguchi said.

In the eyes of the administration, preparedness is key. By making the student body run through the motions of ALICE, they seek to get everybody used to the idea of evacuating the building, barricading or fighting off an intruder. Administration wants to make sure students are aware of all of the options in a given situation.

“I do think that having walkthrough [live] drills strengthens our preparation,” Mizoguchi said. “However, I also know that it is unsettling and strange for many students and staff.”

ALICE is different from the school’s earlier policy of locking down because it gives the students options. The protocol has to match the state of emergency. According to Mizoguchi, ALICE gives options so that students can then decide what is best for their safety.

“I think that the new system is giving you a chance to think things through,” math teacher Hannah Marton said. “Before it was ‘just stay put,’ and that is not always the best solution because you really have to make the decision off of all the information you have.”

Mizoguchi said the school has revised its ALICE procedures to be specific to the school.

“Over the years, we have continued to tailor our ALICE response to the uniqueness of our school buildings,” Mizoguchi said. “I think over time we will become much more responsive and thoughtful during our drills.”

Students reviewed the ALICE protocol in their advisories on Oct. 17. The following morning, the school followed a special bell schedule, and twenty minutes of third block was devoted to practicing the ALICE drill as a scenario was announced over the loudspeaker.