Artist of the Month: Sammy Janoff 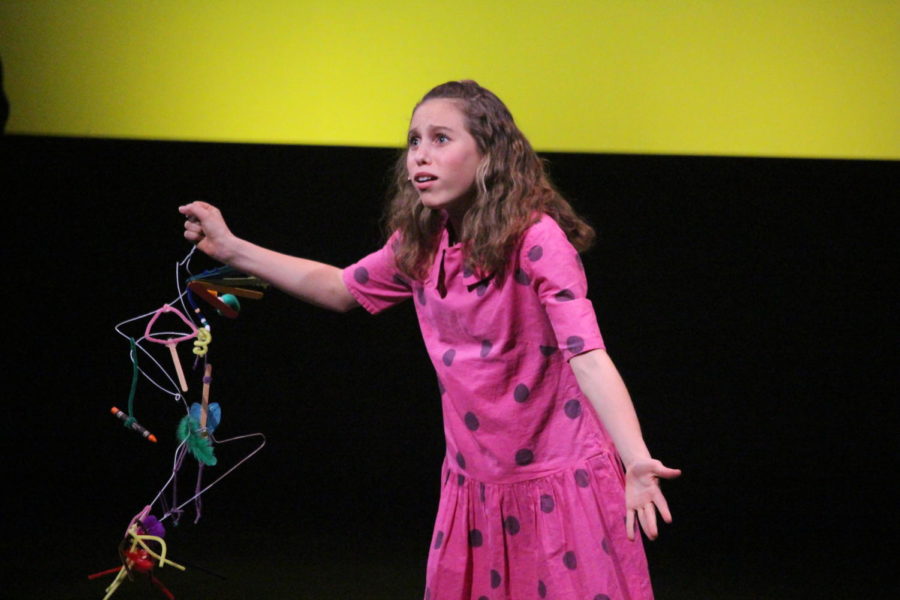 Freshman Sammy Janoff, December's Artist of the Month, sings to the audience. “As a kid, I did a lot of community theatre and it was always an interest of mine because it combined the three things I really enjoyed doing: acting, singing, and dancing,” Janoff said.

At a young age, freshman Sammy Janoff discovered that acting was going to play a large role in her life. A big part of growing up involves figuring out one’s interests. While some gravitate towards coloring, playing video games or sleeping, others find a passion that they are going to partake in for years to come.

“I started acting around when I was five or six years old,” Janoff said. “As a kid, I did a lot of community theatre and it was always an interest of mine because it combined the three things I really enjoyed doing: acting, singing and dancing.”

For the next decade, Janoff continued to practice her hobbies outside of school, for she knew she had a love for performing. During the transition into high school this past fall, Janoff knew she wanted to participate in the many plays WHS has to offer.

“[The play] was definitely a great experience because it was something new to me [as an] in-school [production], since I’ve never really done a school play. I didn’t do it in middle school, so it was really fun. I really enjoyed having teachers as a part of it too, so that was kind of a new aspect [of acting].”

In WHSTE’s fall musical this past November, Janoff finally came into the spotlight.

“I think my favorite part [of the play] was seeing it all come together with the music and the lighting,” Janoff said.

After the play came to an end, Janoff realized that she wanted to continue to act in high school, for she had big plans to participate in the other numerous plays in the coming years.

“In high school, I hope to do all the musicals to come,” Janoff said. “I’m also doing some of the straight plays as well.”

However, Janoff doesn’t plan on presenting her talent to only the audience at WHS. She hopes to continue her passion throughout the next few years and in college as well.