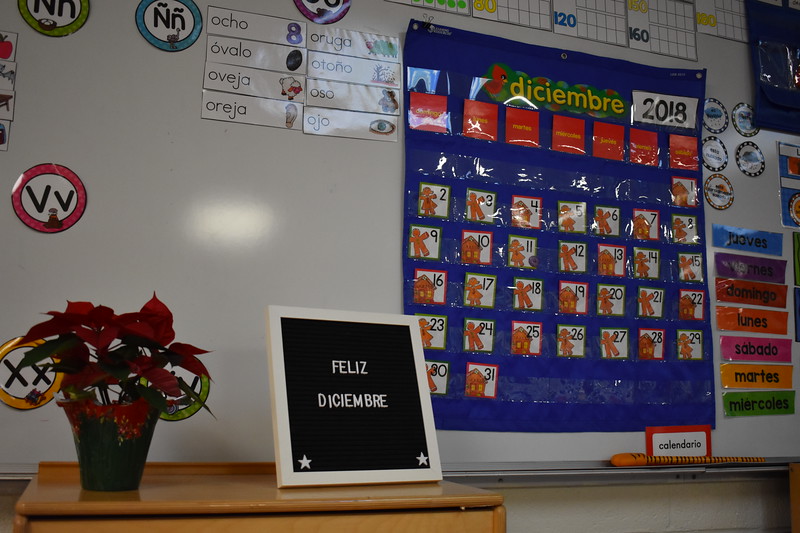 Claypit Hill Elementary School Spanish teacher Kerry Davis' calendar. Davis is leading a new Spanish immersion program where students speak almost exclusively in Spanish across all aspects of learning. “It’s a really great opportunity to get to share my love of Spanish with these students and open all these different opportunities for them,” Davis said.

Claypit Hill School introduced a Spanish immersion program to a class of kindergarten students this year. Instead of teaching language traditionally using vocabulary lists and verb tenses, the students learn Spanish through repetition and exposure. According to class teacher Kerry Davis, the program has long been awaited by many parents.

“There were a lot of parents with a desire for the [Spanish immersion] program,” Davis said. “I think this is something Wayland has been thinking about.” 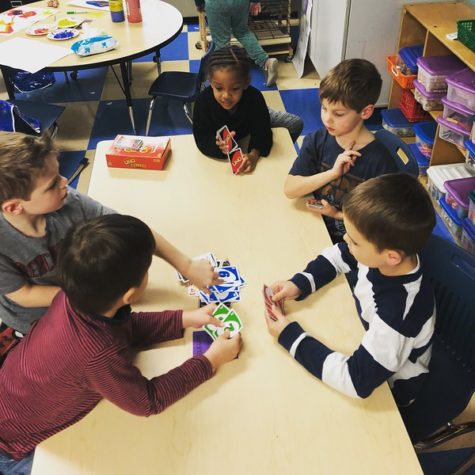 The program is what is called a “one-way immersion” with Spanish, the target language. The class uses a “90/10” model, meaning that students speak Spanish 90 percent of the time and speak in English during the other 10 percent. The students wear special necklaces when they speak English.

All of the subjects are taught in Spanish. The few times they speak English are in classes like art and gym, and also during their twice-weekly open circle. The class has the same basic curriculum and does all the same activities as the other kindergarten classes, but the instructions are in Spanish.

“It’s more [like the students are] learning through Spanish,” Davis said. “They’re receptively learning a lot of the vocabulary in Spanish.”

Every morning, the students have to say a special password, which is a Spanish word or phrase that changes weekly, to enter the classroom. At the end of the morning announcements, when the school recites the Pledge of Allegiance, Davis’ class says it again – but in Spanish. And as an additional tactic to keep the kids and their families excited about Spanish, parents visit the class every Wednesday to either read a new book or teach a new song in Spanish. 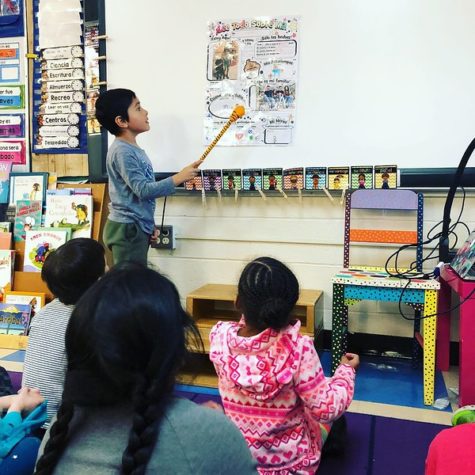 “I think it’s really important that we’re inviting [the parents] and [that] they have a role in their child’s first year [of immersion],” Davis said.

The group of 21 young Spanish learners also sets itself apart from the others at Claypit by staying together as the same class until they leave Claypit in fifth grade.

“[The class] is going to be what we call a ‘strand,’” Davis said. “This group of kids is going to go together to first grade, then a new class will start in kindergarten, then the first-grade class will move up to the second grade. So there’ll be just one group of students in each grade at the end of it. There will just be one group in every grade, so it’ll grow by one class every year.”

The entire program, including the students and teachers, is new to Claypit Hill, and it has brought a lot of change. Overall, Davis says the year has been an “adventure” and a lot of fun.

The students joined the class through a lottery their parents entered through kindergarten registration. Other students are on a waiting list, and the class will welcome a new member before the end of January.

“It’s a really great opportunity to get to share my love of Spanish with these students and open all these different opportunities for them,” Davis said.