WW ’19: Appreciating the Art of Cinema 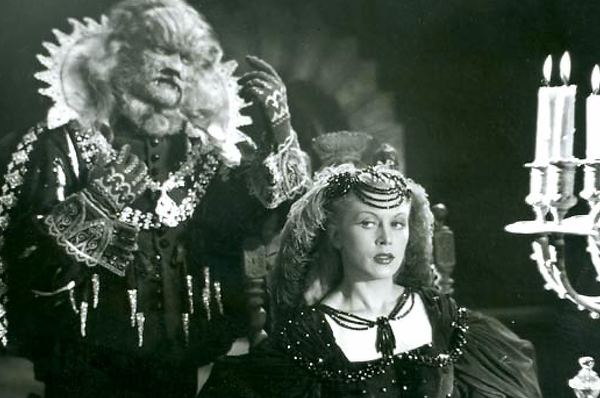 Science Department Head Kenneth Rideout presented the 1946 French film La Belle et La Bête on Monday night. He and his audience discussed the artistic and emotional aspects of the cinematography as well as the sound, effects, and director choices. “If you notice, there are some instances where you wonder why the director made a certain choice or why you are feeling a certain way," Rideout said.

People can feel pressured to keep up with the latest cell phones, apps, songs and movies, but very few have the luxury of allowing themselves to take a step back to remember the past. Jean Cocteau’s 1946 film Beauty and the Beast is a black and white film which led to the making of the now popular Disney cartoon movie. It was also a childhood favorite of science department head Kenneth Rideout.

Rideout showed the film Monday evening as a Winter Week activity in the theater in a movie analysis. He and his audience discussed the artistic and emotional aspects of the vintage movie.

As a young child, Rideout first watched the film at his grandmother’s house in France, back when he viewed it as an old representation of the Disney cartoons by which he grew up. Initially, he did not understand why his family wanted to watch a movie designed for children with him, but he later grew to understand the artistic beauty within the film.

Rideout watched the movie a second time as a teenager. He noted that the characters of Gaston, the prince and the beast were all played by the same actor. This immediately sparked an interest in Rideout’s love for cinema, and he began to ponder the intentions of the director in casting the same actor to play three parts.

“An artistic movie will leave you with questions and could make you change your point of view,” Rideout said.

Although the vintage version of the film does not display the same singing and dancing aspects as the Disney version does, it still portrays the same message of not judging a book by its cover. This is displayed in the character of the Beast because he was not pleasing to the eye on the outside, but he was kind on the inside.

Rideout enjoys foreign films but knows that they are not as popular among younger viewers.

“I do not think a lot of people nowadays watch a lot of foreign movies with subtitles on them, and they especially do not watch old black and white French movies,” Rideout said.

Rideout believes that Beauty and the Beast is a perfect foreign film to watch because of its popularity among young American children; its familiarity will help viewers to understand the film with subtitles without confusion.

“If you watch this movie, you will not be confused, yet there are some subtleties,” Rideout said. “If you notice, there are some instances where you wonder why the director made a certain choice or why you are feeling a certain way.”