Today is the Day: Interviews 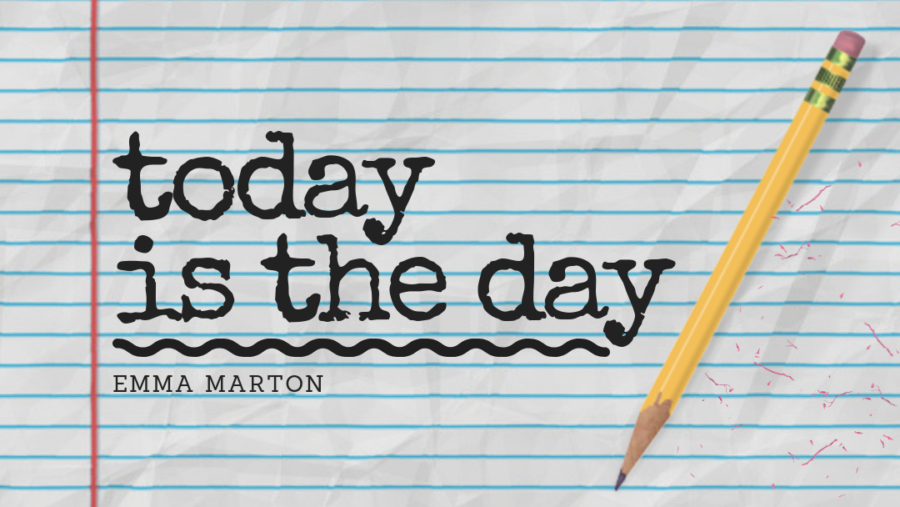 In the latest installment of "Today is the Day," guest writer Emma Marton provides some tips and insights into the process of interviewing.

Interviewing is a terrifying process, and you never feel prepared. You never truly are prepared, in my opinion. I’ve done five of them now, and I would be nervous to do another one. I’ve interviewed once to get my job at Lincoln Summer Camp, two different times when I applied to BASE, once to get my 2019 summer job and once for college. Each provided different challenges and experiences. One ended in failure – that was the first time I interviewed at BASE – and the other four got me a job and an acceptance to college. I’m going to start off this blog post with a couple of the most common questions interviewers will ask – no matter what job you are applying for – and what you should consider before giving a response.

“Why do you want to work here?”

The biggest thing to remember when you answer this question, according to my brother, is that you don’t lie. If you’re in the job just for money, admit it, because nobody is going to believe that you’re in for that retail job for anything but the money. However, you should explain why that particular place is favorable to other places. Maybe you know the staff there is friendly or that it’s a good place for experience and growth. If you’re in for something more than the money, mention that instead. When I applied for my summer camp job, I talked about how I love children and how I wanted to pursue a future in education.

“What would you say your weaknesses are?”

The biggest thing about this one is that you don’t pretend that you’re flawless, but don’t say something too damaging either. So don’t say, “My biggest fault is that I like people too much,” but don’t tell them that you oversleep and will, therefore, be chronically late. In fact, since we’re high schoolers, the biggest flaws we most likely have is that we have little or no experience. That’s what I said the first time I interviewed, but I made sure to let them know that I would be excited to work for them and learn the best I can.

“Tell us about yourself.”

That’s probably the first thing they’re going to ask, so you really should have an answer prepared. Think of what your friends would say about you. Would they describe you as funny? Smart? Loyal, maybe? All of these are positive attributes they will be interested in. You should also offer up facts about yourself that tie into the job you’re applying for. If you’re applying for a job that will involve working with kids, maybe mention the fact that you’re interested in becoming a teacher (if that is indeed the case).

“Can you tell us about a time you failed?”

Interviewers love to hear about your past failures and how you learned from them. Have a story prepared ahead of the time -I did not and had to come up with one on the spot. Try and find one that isn’t too damaging and also shows off your ability to improve. It also shouldn’t be too long; none of your responses should be too long, and if the interviewer(s) ever seem disinterested, move on quickly.

“Do you have any questions for us?”

This is never, ever a question you should say “no” to. Have a couple prepared, especially ones that show your interest in being involved with the job or that you know the company you’re interested in working for. My brother attributes getting his first math teacher job at Concord-Carlisle to asking the question, “Do you have a math team?” It showed how he wanted to interact with students more and that he was solid in his math knowledge.

How you carry yourself in an interview is also extremely important. As my brother said, it is important to “find the line between promoting yourself and bragging and make sure not to cross that line.” Make sure to let them know you’re capable, but don’t come off too strongly while doing so. It is also important that you let them know who you are. What makes you stand out from the other people they interviewed? Show yourself and your personality instead of being a robot with the most perfect rehearsed answers. Take time to reflect when they ask you a question and take an opportunity to interact. Tell a joke or ask about that really interesting poster on the wall. During my first interview, I said, “Aw, that’s a cute kid,” because there was a class outside the windows. My interviewers turned around, and I managed to show them I really did like children. I also made a few jokes and interacted with their dog.

I’m going to leave you with some last pieces of advice. Be ready for multiple interviewers. There were three of them when I interviewed at Lincoln and two when I interviewed at BASE. Practice your handshake. It should be firm and bold, but brief – two or three shakes at most. Also, make sure to make eye contact. Try to remember the interviewers’ names and use them; if you’re really bad at names like I am, and you’re not 100% sure whether or not his name was Tom, don’t use them. And finally, dress appropriately. You don’t want to show up in leggings and UGGs, but don’t feel obligated to break out a tux or evening dress either. Maybe wear a button down shirt and tie or a nice skirt and blouse. Choose something you feel confident in – because if you’re unsure of yourself, you’re not going into the interview with the right attitude.

If you feel overwhelmed going into your first interview, practice with somebody who is experienced. Maybe have a parent, teacher or guidance counselor run a mock interview with you. Just make sure they’re somebody who will be honest with you because you don’t want somebody to tell you, “You were fine,” when they really should be saying, “You should make more eye contact” or, “Your answers are too long and impractical.” And use every single interview as an experience. As my mother said, “A right question one place might be a wrong one in another.” Sometimes not getting that job or not getting into that college is about them and not you, so don’t feel bad if you didn’t get that job; it just reflects that that place wouldn’t have been right for you, either.