Artist of the Month: Sid Iyer 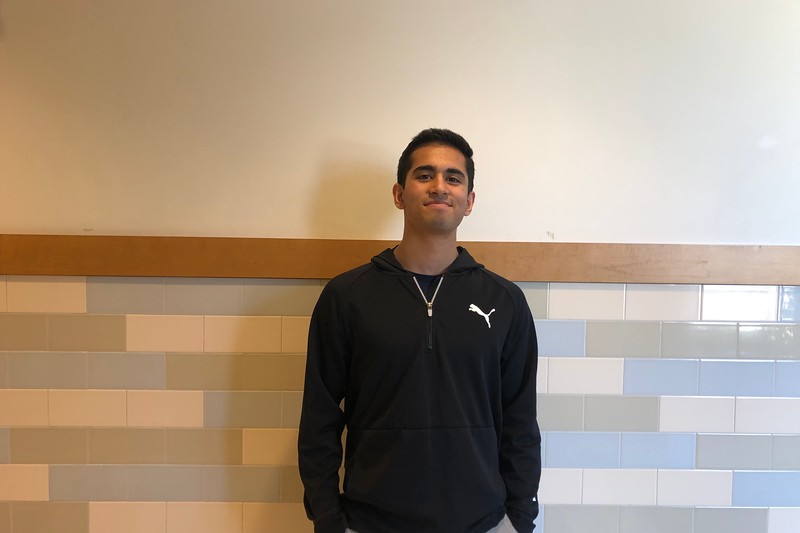 Senior Sid Iyer, a director of the all-male group the T-tones. Throughout his four years of high school, Iyer went to Nationals, All Easterns, All States and the Senior District competitions for choral music. “I think just generally it’s cool to be creative with music," Iyer said.

While many students at WHS join chorus or the orchestra to expand their musical horizons, few students plan to excel and continue their hobby in college. For senior Sid Iyer, he knew that once he started his voice lessons at just five years old, he would stick with singing.

Once Iyer entered high school, he was opened to new opportunities that the middle school hadn’t offered. For Iyer, A Capella was something that distinguished both his high school experience and his love for music.

“I think [A Capella] was just another opportunity for singing that I hadn’t done before. It was cool because it was a smaller amount of [people] in the group, so [I made friends with] upperclassman,” Iyer said.

As a senior, Iyer was granted the role as a director of the T-tones, the all-male A Capella group at WHS. Along with Iyer, is senior Nick Smith, and junior Sidney Toga, who all direct the group throughout the school year.

“There [are] different areas [of being a director]. There are [both] musical and operational components. The musical part of it is you have to make arrangements and even when we are doing rehearsals, like listening and figuring out what needs to be fixed,” Iyer said. “And then there’s the operational [component] which is organizing the concerts and emailing people in order for everything to run smoothly.”

Because of Iyer’s exceptional talent, he has had the opportunity to go to Nationals, All Easterns, All States and the Senior District competitions for choral music throughout his four years, in which he was selected to be a part of.

Iyer was selected to go Nationals for his junior year, All Easterns for his senior year, and he went to All States and Senior Districts all four years of his high school career.

“It’s kinda cool we all share the passion for music, and on that scale, the quality of what goes on is really good. I remember from the moment we sang at Nationals, the first chord was just insane,” Iyer said. “When you put together a group of really good singers who also really like music it just makes [the experience] really fun and really good.”

But, Iyer didn’t get to where he is without a lot of practice, for he faced some struggles while learning the basics of singing.

“Obviously when you’re starting [to sing] it’s tougher because you have to learn how to control your voice, [and] that sort of thing,” Iyer said. “But once you get more experience, it’s easier to follow along and know what to do. When I was starting out it was harder to do that, but once I practiced it got better.”

Iyer will be attending Tufts University next year, in which he plans on joining an a cappella group to continue his passion for singing.

“I think just generally it’s cool to be creative with music. One thing that I really liked about A Capella, in specific, is that you can make music without any instruments,” Iyer said. “It’s cool to make chords and stuff with just voices instead of having instruments to do that. I think it’s just cool to see what the human voice can actually do.”