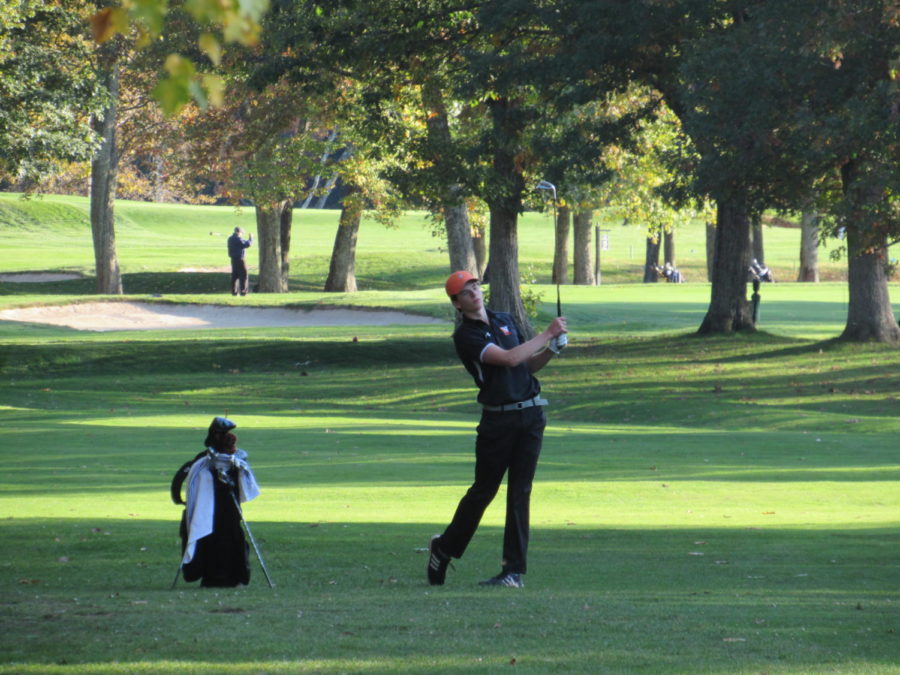 Varsity sports teams at WHS have had to leave school early for sports games all fall, including the golf team who has left early for every match this season. "I think that leaving school to get to the respective matches/games is necessary for the athletes to have adequate time to prepare and perform at the best of their abilities,” junior Joe Tardif said.

For most high school students, sports play a crucial part in their lives. Quite often this fall, athletes playing on varsity sports get dismissed early in order to attend specific sporting events or practices. This fall, due to the threat of EEE and the school start time changes, this has been happening more often. The athletes are dismissed from school at the latest time possible in order to ensure they can show up to their event on time. The golf team, boys and girls soccer, field hockey and football teams have all left school early for games at least once this fall.

WHS tries its hardest to make sure sports don’t get in the way of school; however, sometimes it isn’t in WHS’s hands. During the playoff tournament, the Massachusetts Interscholastic Athletic Association (MIAA) schedules games, and under some circumstances the games are early.

“If there are no lights on the field, the MIAA makes you play the games at 2:00 p.m.,” Wayland Athletic Director Heath Rollins said. “That’s just the rules.”

In the regular season, games are under the control of the school, so the administration tries to schedule games that are close by. Usually, this is easily achieved by playing teams in the same conference; however, sometimes games have to be played far away.

“We would never schedule a regular season game at 2:00 p.m. in Pentucket, we would move that to a Saturday or do it on a Wednesday for these mid-distance teams,” Rollins said. “We would rather pick-up a more local high school that we could get to in a more reasonable time.”

“The golf courses around are not going to let high school teams on after 3:00 p.m. even when daylight became an issue,” Rollins said. “So, that was one team we had to let out.”

The idea of “student first then athlete” is heavily valued at WHS. Coming from science teacher and assistant soccer coach Cyd Tyska’s standpoint, students leaving early could cause some issues, regarding missing schoolwork and important lessons.

“I think it is frustrating from a teacher’s standpoint,” Tyska said. “I had to cancel three [of my] classes to go coach. This includes my AP Bio double block which is extremely important. It’s difficult for the student-athletes, because now they have to make up three classes worth, and if it’s something important [like] high level classes, or any level class for that matter, It’s definitely more challenging.”

There are two main aspects of teaching: teaching the content and grading homework and quizzes. While balancing these two may be tough to begin with, getting home an hour later makes things a lot tougher on the teachers.

“Because I am also a coach, I don’t get anything done until I get home, which is around 8:00 p.m.,” Tyska said. “It has affected my teaching as far as being able to prep and grade, and give work back to the students quicker.”

At the end of the day, these students are on varsity sports because they are serious about the sport. With this being said, it would be assumed that from a player’s and coach’s standpoint, they would want to keep their routine of arriving at the game on time and getting a proper warmup in check. With the start times of school changing, it is increasingly difficult to make this happen without complications.

“As far as the coaches standpoint goes, we are late to every single game, because of traffic,” Tyska said. “This is very unfortunate because as an athlete, you need a proper warm-up and such, but now everything is late. This means the game can also start late which means the girls don’t go home until later, which means homework and dinner all [come] later.

It is crucial to find a balance between school, athletics and beyond. Sometimes you need to sacrifice a little bit of something to get the most out of something else.

“I think that leaving school to get to the respective matches or games is necessary for the athletes to have adequate time to prepare and perform at the best of their abilities,” junior Joe Tardif said.