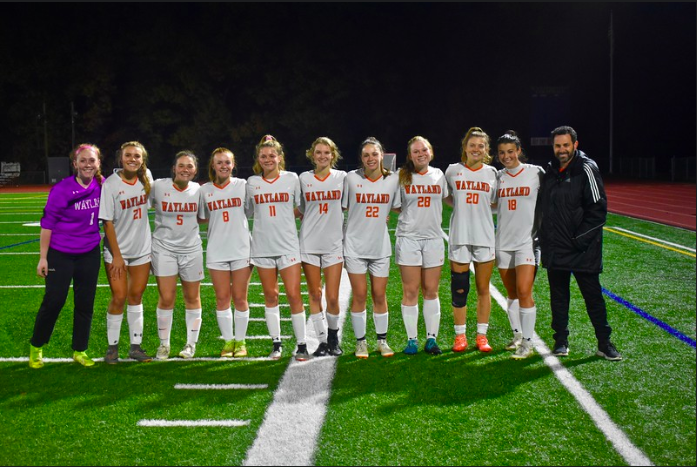 Seniors on the girls varsity soccer team pose on their senior night. The team will face Stoneham this Saturday in the sectional finals. "We want to work our hardest and leave it all out on the field," junior Maddie Yaffe said.

“We’ve done a lot of team bonding off the field to improve our chemistry, and you can see we’re working so much better on the field [than before] and we can see each other’s next move before we do it,” junior Maddie Yaffe said.

The team will face the first seed, Stoneham, in the sectional finals on Saturday, Nov. 16 in Lynn. With Stoneham’s 18-3-0 record, the Wayland girls will have to be prepared for a challenge to increase their 12-4-3 record. If the team wins its upcoming game, it will advance to the state semifinal game against the South Division 3 champion.