The Influence of Legacy in Elite College Admissions 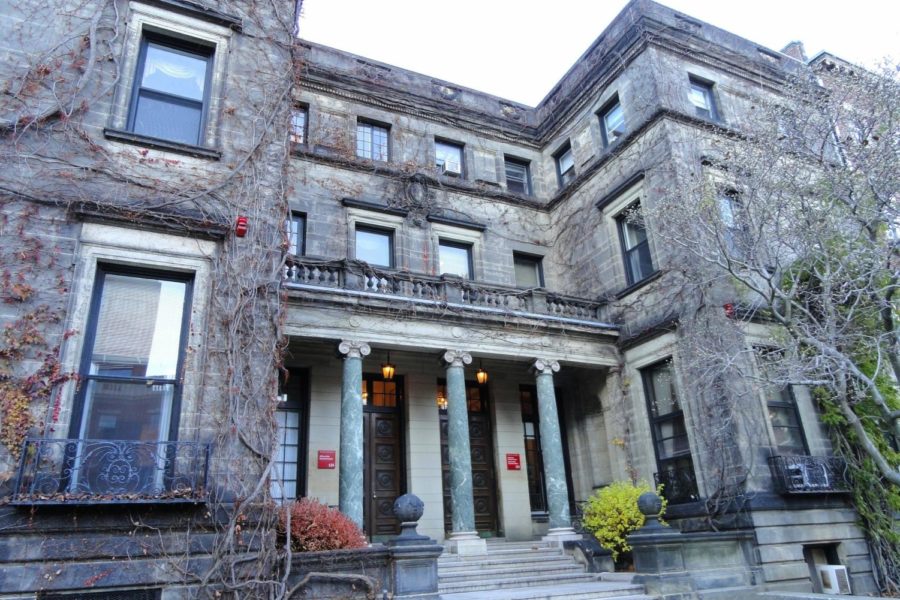 The admissions center at Boston University in Boston, MA. BU and many of its elite peers have been the center of discussion for fair admissions processes to top schools. "Legacy" has been a primary topic of concern. “If you have a legacy at a school, [your parents] might also be donating money; therefore, college admissions is going to be biased toward the person whose parents are donating money,” senior Rohini Ramesh said.

With deadline after deadline sneaking up on seniors across America, the hectic flurry of the most recent college admissions cycle has not disappointed. Following the explosive pay-to-play “Varsity Blues” scandal and the polarizing federal court ruling of the Harvard admissions lawsuit, the omnipresent query of life has come to the forefront of the college admissions sphere: Is the status quo fair?

In college admissions, the term “hook” refers to a special aspect of an applicant that may give them a significant advantage during the admissions process. They may be a high-achieving low-income student, a superstar athlete, an under-represented minority or a legacy, among other things.

A legacy applicant generally refers to a student who has had a parent or sibling attend a particular university as an undergraduate. According to a WSPN survey of 252 WHS students, 32 percent of respondents indicated they have at least one or two parental legacies to schools within the rough range of the “top-20 universities” as per Niche’s (inherently subjective) “Best Colleges” ranking. Legacies are more often controversially discussed within the context of elite admissions.

Senior Jasper Hsu, who is a double legacy to Princeton University through his father and sister and a single legacy to the Massachusetts Institute of Technology(MIT) through his mother, appreciates the advantage legacies give him, but he also recognizes the overall drawbacks.

Although having a legacy, at best, enhances your application and at worst does nothing, the extent of legacy’s benefits varies among top-20 schools. For example, Princeton admits legacy applicants at four times the rate of their overall admissions, at 30 percent and 7 percent respectively. Meanwhile, universities like MIT and the California Institute of Technology pride themselves on their merit-based admissions processes.

Among non-legacy respondents to the WSPN survey, 99.6 percent believe that even just one legacy offers some benefit to applicants, with 46 percent arguing it gives single-legacy applicants a significant boost in admissions. Comparatively, only 6 percent of single-legacy students believe they get that “significant” boost, and that percentage drops to 3 percent among double-legacy students.

“It’s not fair if [admissions officers] know the student’s parents went there,” non-legacy senior Rohini Ramesh said. “The admissions are biased towards them.”

Ramesh agrees with Hsu that legacy-blind admissions would be preferable over the status quo, and 69 percent of non-legacy WHS students share this view. However, that number is cut in half to 34 percent among Hsu’s double and triple legacy peers.

“Not having legacy-blind admissions perpetuates the cycle of wealth,” non-legacy senior Brendan Ho said. “If your parents got into Yale, you have a higher chance of getting into Yale and making higher wages. The cycle continues, boom, boom, boom. How is that fair?”

“I think colleges need completely legacy-blind admissions,” Goldstone said. “It’s not fair to kids who immigrated but are smart, but since they aren’t crazy-crazy smart and don’t have parental legacies, they don’t get into schools they should get into.”

“I think there’s still not a huge chance I’m going to get into UPenn either way, with or without [my mom’s legacy],” Goldstone said.

Goldstone raises the notion that while having a single legacy may not change his chances by that much, an injection of donor money would tip the scales in a much grander way.

Approximately 7 percent of students indicated in the WSPN survey that their parents are donors to top-20 schools, with 19 percent unsure of their parents’ donor status. Goldstone’s father donates to UChicago, and Hsu’s father does the same with Princeton.

On a basic level, donations are distinct from legacies in that accepting money objectively benefits the school, whereas accepting a legacy student does not necessarily function as a positive. Ramesh, whose parents do not donate, believes that the situation may be more complex and that legacy and donor statuses are often intertwined.

“If you have a legacy at a school, [your parents] might also be donating money; therefore, college admissions is going to be biased toward the person whose parents are donating money,” Ramesh said.

Ramesh argues that donations unfairly skew the scales in favor of wealthier demographics, again devaluing the “meritocracy” on another level.

“You should be getting in by yourself,” Ramesh said. “It shouldn’t be [that] your parents are paying for you to get in. That’s not fair, not everybody has that.”

However, Ramesh has not been dissuaded from applying to any schools that evaluate legacy and donations(a group that includes almost all colleges in America). On the other hand, Hsu’s legacy and donor status to Princeton has not pushed him to apply there.

“My legacy to Princeton hasn’t really incentivized me to apply to it,” Hsu said.

Hsu, Ramesh, Ho and Goldstone all believe that a single legacy does not significantly shift the scales, contrasting the popular opinion of WHS students. With two legacies, however, the narrative shifts not only among the four students but across WHS’ overall population.

“It’s easier [with one legacy], but there’s always a standard, and I think if it’s just one legacy, I think there’s a standard that still exists,” Ho said. “I think the standard is much lower [if you have] two legacies.”

In the big picture, legacy or even donor status may not be the biggest threat to the idealized meritocracy of United States college admissions. With admissions rates dropping dramatically among the ever-growing mountain of applications top schools are receiving, a “qualified applicant” many times does not equal an “admitted applicant.” When universities “regret to inform you” that they had to reject many qualified applicants, they are most likely telling the truth. Legacies are only one part of the process, and it’s impossible to discern the true extent of its influence in the whirlwind that is elite college admissions.

“College admissions is just insane now,” Goldstone said. “I have no clue how many schools people should ‘actually’ get into.”