Tony Pilla: I do it for the kids 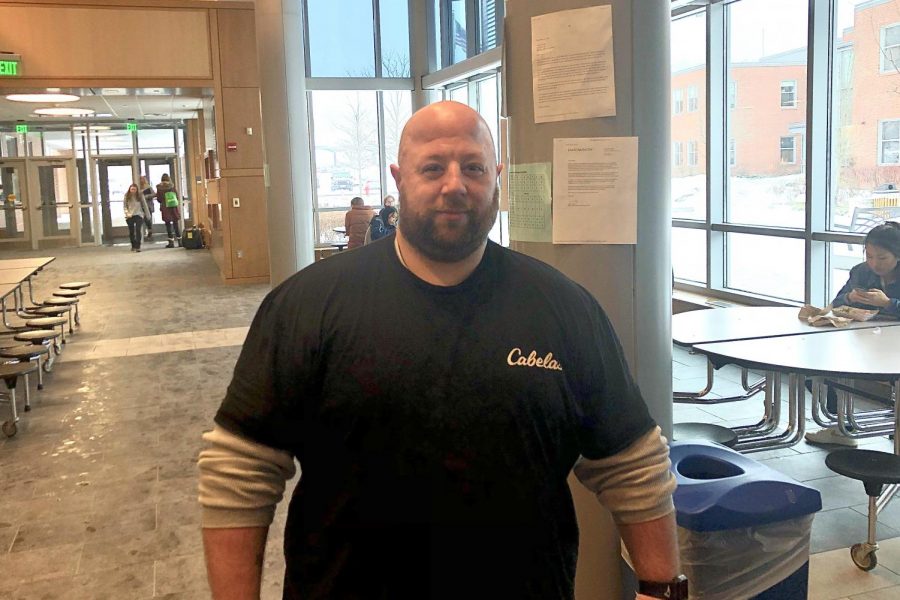 Longtime Wayland custodian Tony Pilla does more than just meets the eye. What makes the job worth it for him is "just seeing everyone, the students, the faculty, everyone," Pilla said.

While students zip their bags and close their binders, highly anticipating the bell ring at 3:10 p.m., one unsung hero is just starting off the work day. Custodian Tony Pilla is one of the most well-known faces who walk the halls after hours. He can be found listening to music in the Commons at night, walking down the hall on the way to extracurriculars or even school sporting events on the weekends.

When Pilla was just 20 years old, the job practically fell into his lap. He was working as an electrician at the time, and had no idea what he was in store for. His father, who was a police officer at the time, suggested the job to him, and soon after, his application was sent in.

Pilla has been working in Wayland Public Schools for almost 20 years, most of which have been spent at the high school. Although many see him as a friendly face, most do not know what he does on a daily basis or how much work gets put into the job of a custodian.

An average day for Pilla ranges anywhere from eight to 16 hour shifts, starting at 3 p.m. and running through the night to prepare for the next day of school.

Despite the amount of time he spends at school, he still finds time on the weekends to support students at their games, particularly the football games. Due to field renovations at the high school, many home games were moved to Saturdays, which enabled Pilla to watch while he wasn’t on the clock.

In addition to supporting the Warriors, Pilla is also a fan of the Patriots and the Florida Gators. While school is out of session during the summer months, the custodial staff gets down to business. Many tedious details ensure that students and teachers alike are able to perform to their best ability once school goes back in session.

“We have to strip everything down, strip the floors, move everything out of the classrooms from top to bottom,” Pilla said.

What most students may not know is how much time is put into every classroom: from fixing lights to painting walls to waxing floors, it can take around three days to finish a single classroom.

Pilla is a longstanding member of the Wayland community and a large part of many students’ lives. He embodies the Wayland spirit, and what makes the long nights and early mornings worth it are the people around him.

“Just seeing everyone [makes it worth it],” Pilla said.