Fantasy Football: Taking the game to the next level 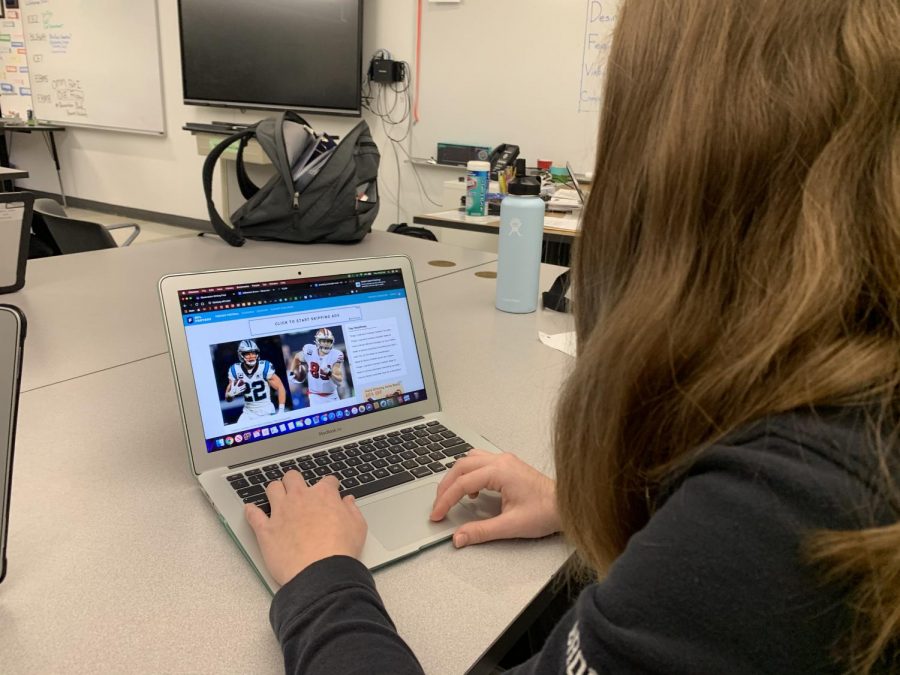 As Fantasy Football ends, students around WHS check their teams stats. "Now that it ended, it's sad because it was something I looked forward to every weekend, but we finished with everyone watching the final games of the regular season together and handed off the trophy," sophomore Ryan MacDonald said.

As the fantasy football season draws to an end, some may wonder why this game has so much popularity in the first place. At its core, fantasy football is essentially a game where people “draft” football players onto their fantasy teams.

Every week, two fantasy teams are pitted against each other to determine whose fantasy players score the most points. A fantasy player scores points for their fantasy team when their real life counterpart makes a play, which can be anything from making a catch to running ten yards, or even kicking a field goal.

At the end of the game week, the total points scored by all fantasy players on their respective fantasy team are totaled up. The team with more points wins the week.

The loser will generally have to perform some sort of special punishment, meaning they’re coerced into doing something by the rest of the group as a consequence of losing. These punishments can be anything from performing a dance in the talent show to sprinting through the halls for a month.