Opinion: Why WHS should sell coffee 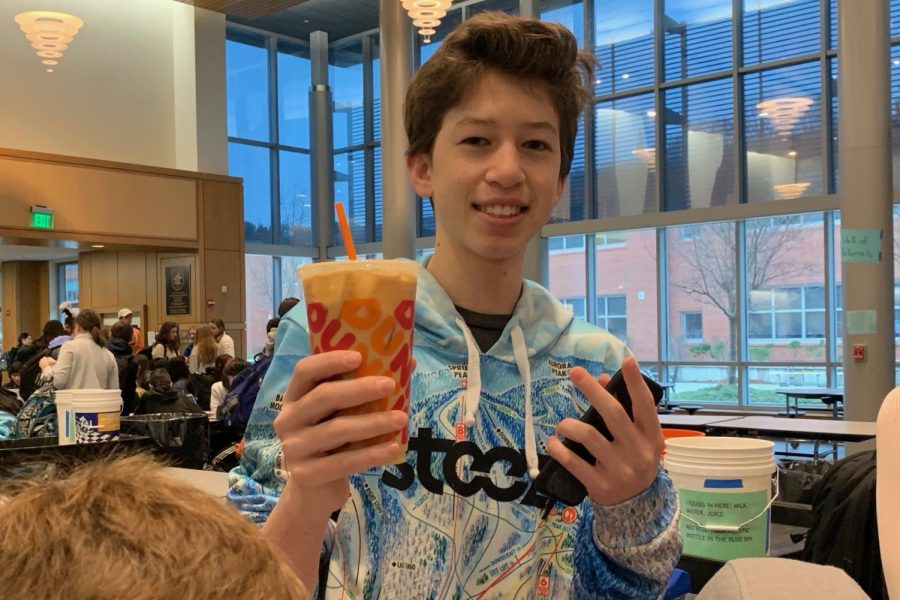 Sophomore Jake Moser poses with a cup of coffee from Dunkin. WSPN's Taylor McGuire shares her opinion on why WHS should sell coffee.

After staying up all night studying for a test the next day, many students’ go-to the next morning is a rejuvenating cup of coffee. The problem is, if you want coffee, you will have to either make your own or drive to one of the coffee shops around town, creating an array of possible morning-time dilemmas.

Some may say, “Why don’t students just make their own coffee at their house?” Well, 64% of WHS students prefer iced coffee, which is not made easily in the comfort of their own home. Instead, many students resort to driving to either Dunkin’ or Starbucks, both of which are located in the southern part of Wayland.

Students who choose to go buy coffee in the morning risk hitting traffic on their way back to school, and they are also creating more traffic. If fewer students from North Wayland weren’t in South Wayland when they didn’t have to be, there would be fewer cars and, therefore, less traffic on the South Wayland routes to WHS.

Selling coffee at WHS would save students valuable time in the morning. To ensure being on time for school, students have to wake up earlier in order to have enough time to get their coffee. If students could just come to the school in the morning to get their coffee to wake them up, an entire trip would be taken out of their morning routine, and they could save that time to sleep in.
Walking into school late because you had to get a cup of coffee can be extremely awkward. To alleviate the problem of students being late due to getting coffee, it could simply be sold at the snack bar. While students being late due to coffee is not the school’s fault, it still affects how classes are run if students walk in five or 10 minutes late.

Plenty of people will say that coffee is bad for students and that they shouldn’t even be drinking it. However, some students need it to feel more awake. Being awake is an extremely important aspect of school, as students are learning something new every day, and a student may even be taking a test after studying up all night. According to a recent survey of WHS students, 65% of WHS students feel more focused after drinking coffee.

Even though some students need coffee to feel more focused, there will still be some people who say that caffeine is unhealthy. However, according to the American Heart Association, coffee is a good source of antioxidants and people who drink coffee are less likely to die from heart disease or nervous system diseases. So, it seems that people have made coffee out to be worse than it actually is.

Not only would selling coffee at school benefit students at WHS, but it would also benefit the school as a whole. On average, an iced coffee runs for about $2.95, so if the school offered coffee, WHS Food Services could be increasing their current daily profit by a pretty substantial margin.

WHS should seriously consider selling coffee at the snack bar – both students and the school only have to gain from doing so.