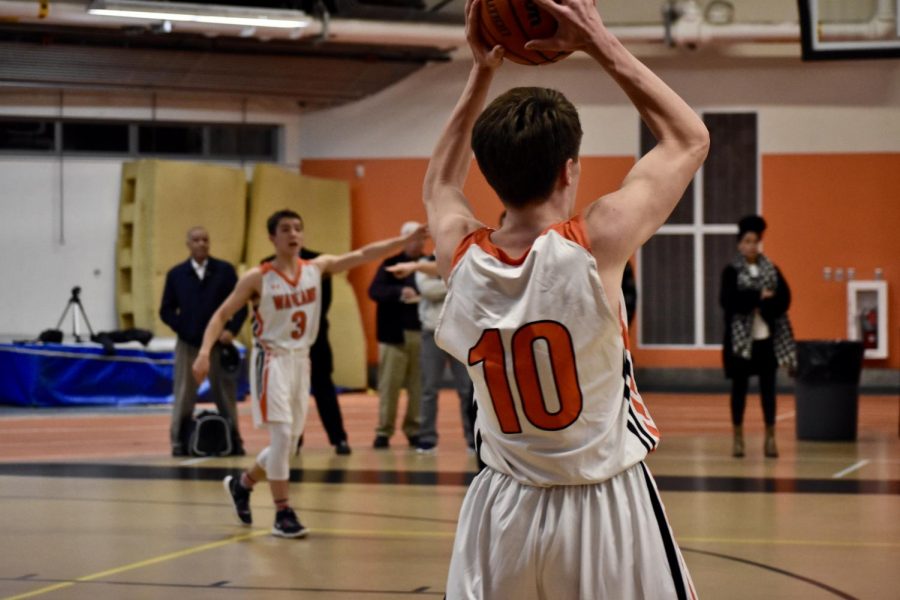 The Warriors came away with a win against rival Weston 73-58 on Senior Night. Jack Melvin led the team with a staggering career-high 41 points highlighted by 10 three-pointers. After trailing 4-13, the Warriors went on a 27-3 run, dominating all aspects of the game, and shutting down the Weston offense. The Warriors were up by 10 at halftime, and led by as many as 21 points.