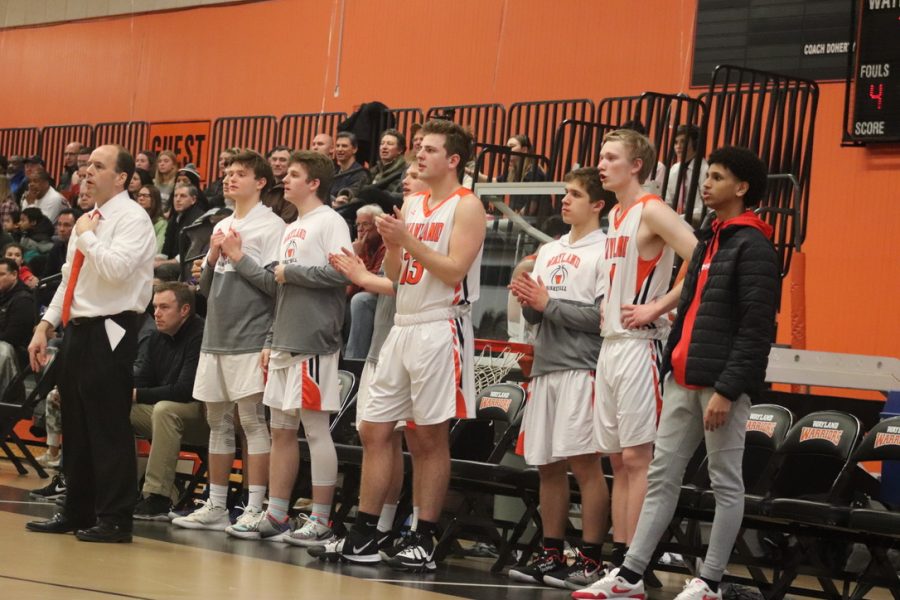 The boys varsity bench cheers while their teammates begin to take the lead. The team was down in the first quarter 3-14, but end up coming back, quickly taking and not letting up the lead.

In the final game of the regular season, the Warriors picked up the win against the Hopkinton Hillers in an interleague matchup. The game was very low-scoring in the first quarter with Wayland leading just 12-11. The Warriors picked it up on offense with junior captain Noah Lee scoring eight points in the second quarter, giving Wayland a 31-19 lead at the half. The Hillers went on a short run to open up the second half, at one point cutting the lead to five points, but the Warriors went on an 18-0 run and never looked back, eventually winning 63-46.