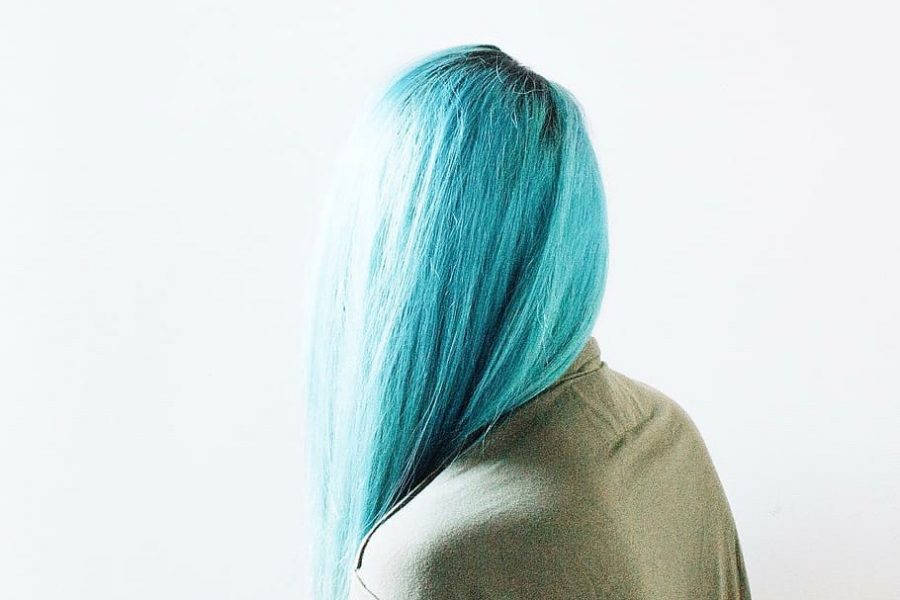 A new trend has emerged among WHS: hair dye. Several WHS students have decided to experiment with temporary hair dye for a fun, short-term change. Junior Emmie O'Shaugnessey chose to dye her hair pink at home. “My inspiration for dying my hair came as a desire for wanting a change that wasn’t permanent, and I think hair is a good way to express yourself,” O’Shaughnessy said.

A new trend has recently sparked among WHS students: hair dye. Hair dye is a unique style statement that has been spreading over the course of the past few months. Many different vibrant colors such as blue, pink, green and purple have been seen on the hair of numerous students at WHS.

Students who have previously dyed their hair or are currently deciding often find it as a way to change themselves in a way that is only temporary. Junior Emmie O’Shaughnessy decided to dye her hair because she wanted a fun, short-term change.

“My inspiration for dying my hair came as a desire for wanting a change that wasn’t permanent, and I think hair is a good way to express yourself,” O’Shaughnessy said.

This unique trend has been rapidly gaining followers over the course of only a few months. Many students seem to be influenced by others. Watching familiar faces dye their hair and experiment with colors persuaded students that dying their hair was a good choice. Sophomore Ali Baron has experimented with dying her hair before, but seeing other’s dye their hair pink sparked an interest.

“I decided on the color because everybody was doing pink, and I decided I should do pink too because it looked cool,” Baron said.

Students seeing their peers in school with dyed hair seems to have a strong impact on their decision to dye their hair. Sophomore Sophie Simmons also has a lot of experience dying her hair, dating all the way back to middle school.

“I guess I saw a lot of other people doing it both in school and in general, and I thought it would be cool to jump on the bandwagon and try it out again too,” Simmons said.

For some students, this trend is not brand new to them. Hair-dying has been a temporary change that a handful of students have tried out before in previous years. Back when it wasn’t a huge trend, a few students tested out the waters and tried colors in middle school just to have fun with it.

“I’ve dyed my hair many times,” Simmons said. “I used to when I was a lot younger cause it was just kinda a kid thing to do, and then I started back up again in seventh grade, and have dyed my hair every once in a while since.”

The process in dying hair can be very costly or very inexpensive depending on the chosen route. Many students chose to dye their hair at home because it makes more sense economically.

“For me it was hard because the salon didn’t really do what I wanted, so the next day I did it by myself which was harder because I was alone,” O’Shaughnessy said. “Dying my hair at home was pretty inexpensive, probably under $30.”

Many students agree that by dyeing your hair at home, you have more control over the process, while at a parlor the hairstylist doesn’t know exactly what you want.

“I’ve got [my hair] done at a parlor for the most part,” Simmons said. “Bleaching is definitely hard to do if you aren’t trained [properly].”

Research beforehand did not seem necessary to many students, for the majority of students felt pretty confident in the process.

“I didn’t do any research beforehand because I felt pretty confident about it, I just tried it out by mixing some colors,” Baron said.

Unfortunately, most students were not satisfied with their results because of how the color appeared in their hair.

“I wish my hair was pinker, it didn’t really turn out [as] expected,” O’Shaughnessy said. “I was just tired of the whole process and gave up.”

Baron wasn’t satisfied with her results either.

“I was not super satisfied with my results,” Baron said. “I guess I did kind of have a reason for doing it. I guess you could say something triggered it. I got in a fight with one of my friends, and I just felt like dying my hair because I was sad and it made me happy. I did something different and out of the box.”

The question is whether this trend will stay here for a while or be soon replaced by something new and cutting-edge.

“I will keep dying my hair in the future, it’s just kind of something that feels right for me, and I enjoy trying out new colors, mixes and cuts,” Simmons said.