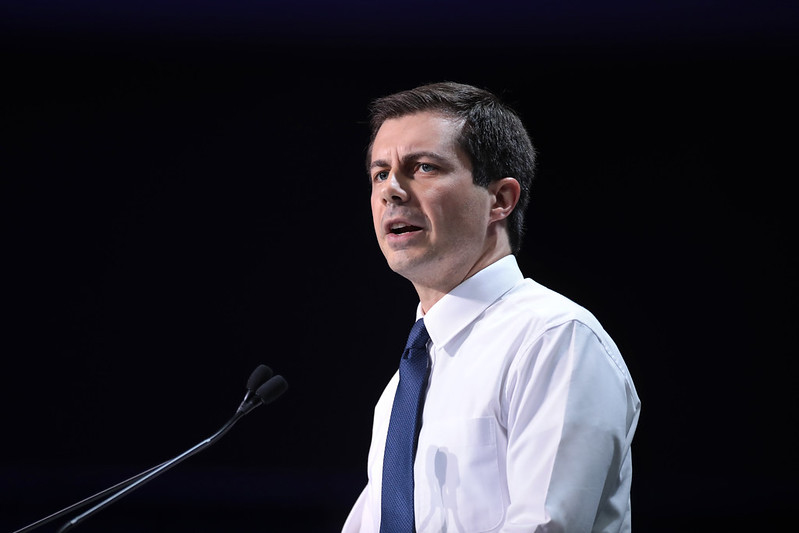 Former South Bend Mayor Pete Buttigieg speaks at the 2019 California Democratic Party State Convention. WSPN's Atharva Weling analyzes what America will miss out on with Buttigieg's exit from the race for the 2020 Democratic nomination.

I’m willing to bet that you had never heard of South Bend, Indiana until the race for the 2020 Democratic presidential nomination began. It’s the fourth-largest city of America’s 17th-largest state and other than the University of Notre Dame, which lies a few miles north of the city, there are few reasons to pay the area a visit.

But since his meteoric rise, South Bend’s former mayor, Pete Buttigieg, has put both his name and the name of his hometown on people’s lips nationwide. As a young, openly gay politician who lacks experience on the national stage, he became the odd-man-out amongst the race’s frontrunners. That didn’t stop him from coming out of Iowa and New Hampshire with more pledged delegates than a former Vice President and one of the longest-serving congressmen of all time.

Alas, all good things must come to an end. On March 1, 2020, Buttigieg formally announced that he was suspending his campaign. Disappointing results in Nevada and South Carolina and expectations of more disappointment on Super Tuesday didn’t help his chances. He consistently polled badly with people of color and his campaign, once flush with cash, began falling short of fundraising goals as it steadily lost momentum.

This may very well be a good thing for his supporters. With him and Amy Klobuchar out of the running, the moderate vote is no longer so divided, and for a remaining moderate like Joe Biden, the chances of winning the nomination are much higher. This could be crucial in beating Trump, since a moderate candidate is far more likely to scare Republicans into coming out in droves to vote for our incumbent leader than a more radical contender like Bernie Sanders.

But while the Democratic party may stand to benefit in the long term from the untimely demise of Buttigieg’s campaign, I still believe that the losses are more significant than many would like to believe. If we are truly to bridge the divide in this country, we need more than just any old moderate. We need someone who is willing to make changes and compromises that are both consequential and practical, and it is my firm belief that Buttigieg was the man for the job.

It starts with his more than uncommon background. Pete attended Harvard before traveling across the pond on a Rhodes Scholarship studying philosophy, politics and economics at Oxford University. Four years later, he didn’t find himself on Capitol Hill but running for mayor in his hometown in a part of America that doesn’t traditionally identify as liberal. Three years after that, he was deployed to Afghanistan as part of a mission to disrupt terrorist finance networks – he stayed for seven months before returning to fight Mike Pence’s Religious Freedom Restoration Act, which allowed for open discrimination against LGBTQ residents.

I list these things not only to tote Pete’s accomplishments but also to demonstrate his history in a wide variety of walks of American life. Throughout his career, he has met scholars, veterans, firemen and politicians, and it is this experience that made him the candidate best-suited for bringing together our fragmented nation. He is able to empathize with Americans across the aisle and use language and propose legislation that doesn’t alienate those people but rather includes them in discussions which require the input of everyone, not just Democrats.

Pete is characterized as a moderate and a compromiser, but at the same time he is practical when it comes to points where compromise just won’t cut it. He wants to end incarceration for drug possession, pass universal background checks on gun sales, and has put climate change at the top of the list of issues that America needs to address. He has made it clear that while he is willing to work cooperatively, he will not back down from his party’s ideals.

He also knows that to some extent, the era of bipartisanship in the legislature is essentially over. While he may be able to assuage fears of Sanders-style socialism among conservatives, he knew that if elected, he would, in certain cases, need to make real changes to bypass Congressional gridlock. He was thus a strong supporter of removing the filibuster. While Buttigieg is willing to reach agreements, he was also willing to make changes that not even radicals like Sanders stood behind.

At the end of the day, what’s done is done and Buttigieg’s name will not be on the ticket in bold letters come November. But one thing we can hope is that his former competitors learn a thing or two from the most surprising Democratic contender in decades. Buttigieg stood for more than just the nomination – he stood for an idea, the idea that the presidency doesn’t have to be a position that marks the dominance of one party but a position that can be used by its holder to produce beneficial change for all Americans. If there’s one thing that can fix our country, it’s the idea of unity that he promoted.