Artist of the month: Jett Peter 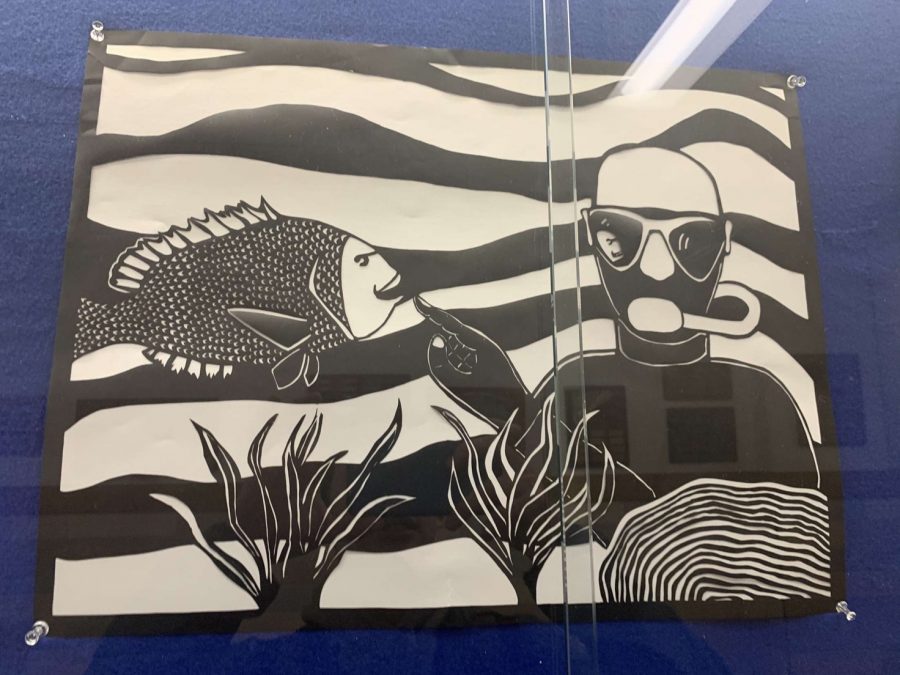 Junior Jett Peter initially grew an interest in art when he was in elementary school, but he developed a much better understanding after taking art classes at the high school for three years. "My favorite type of art is definitely drawing, I really enjoy sketching other people," said Peter.

When  junior Jett Peter was in elementary school, he developed a strong, long-lasting passion for drawing. It all started as just another way Peter could pass time, though it soon grew into a much bigger hobby of his. Now a student in Honors Art 4, Peter has come a long way ever since he picked up a pencil in fourth grade.

“When I was bored, I used to sit down and draw with my dad,” Peter said. “But after that, he started to encourage me to draw more often.”

Some artists take a very serious approach towards this hobby, attending several camps and classes over the years, while others do not. Unlike as he has with sports, Peter has not taken any extracurricular lessons outside of school. However, his passion for drawing is second to nothing.

“Taking art has been really fun,” Peter said. “One of the biggest reasons I have stuck with it is because it’s a really good break from other academic classes, and it’s very calming.”

One of the most unique things about Peter is not a matter of how he draws, but rather what he draws. Typically, artists like to draw different landscapes and animals, but that is not the case for him. Peter enjoys drawing other people, more specifically his friends and peers.

“I find it much more fun [than drawing different sceneries and animals],” Peter said. “I totally think that my art is very weird and abstract, but that’s what I like the most about it. It’s really creative and outside-the-box.”

Although Peter initially grew an interest in only drawing, he has since branched into other forms of art such as oil painting, watercolor painting and pastel painting. He now draws and paints regularly, enjoying each skill considerably.

“In class, we have done a lot of drawing and painting over the years,” Peter said. “I have enjoyed painting just as much [as drawing] to the point where I have started to paint a lot more often at my house.”

Now that Peter has taken art each year of his high school career, he hopes to continue that trend with AP Art next year, although he isn’t entirely sure as to whether or not he would like to pursue a career in art down the road.

“I don’t think that I would like to be an artist when I am older,” Peter said. “But, I would really like it if there was a profession that required me to be a little artistic.”

Regardless of where he ends up, Peter is sure about one thing: He wants to continue this passion in his free time.

“I definitely don’t want to give this up,” Peter said. “I want to be able to have the time to draw and paint no matter my profession.”