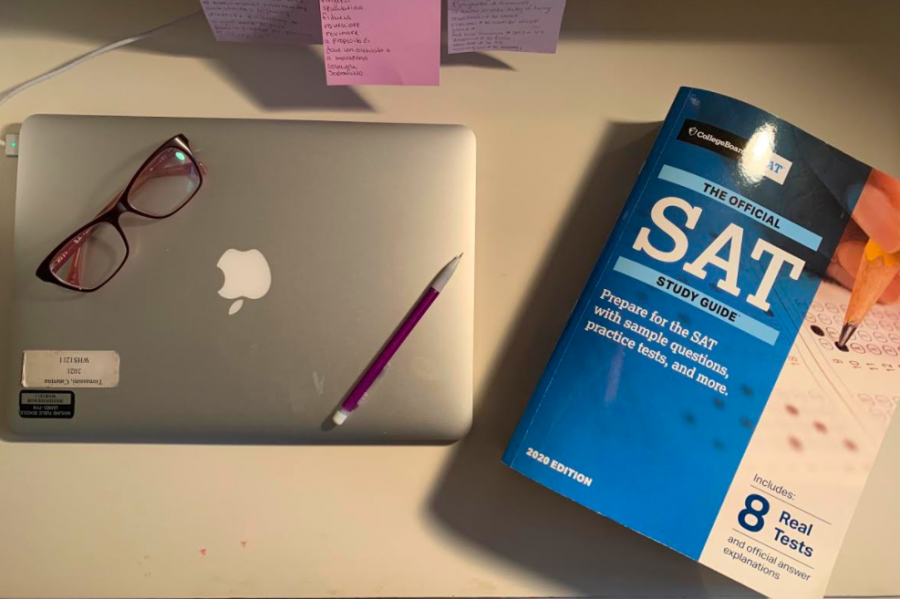 Due to the rapidly evolving situation regarding COVID-19, the administrators of the SATs and ACTs have canceled their spring exams. “It feels to me like a lot of [my] time [spent on studying] is wasted because now I cannot take the test for a while," junior Dylan Bonanno said. "I felt prepared when I was supposed to take it."

Recently, both administrators of the SATs and ACTs have canceled their spring exam dates in response to the rapidly evolving pandemic of COVID-19 in the United States. Most juniors usually take the tests during the spring to do so for the first time or to improve their previous scores.

“I took the SAT a few times already, but I’ve been studying extremely hard to get a really good grade in March,” junior Bec Patsenker said. “I’m really disappointed that it’s been canceled because I was relying on an improved SAT score for my college applications.”

Although June testing dates for both exams have not yet been canceled this situation brings even more stress and anxiety to most juniors who have been preparing to take their tests in the spring.

“I think that the tests being later than I expected might help me with having more time to study,” junior Sophia Cvrk said. “But, I will be much more nervous going into the test because I will know that I will not have as many opportunities to retake it.”

Since most students take months to prepare for their tests, some students consider this delay as an opportunity to prepare even more. On the other hand, this can be discouraging for some students since the earliest testing date is far from what they had expected.

“It feels to me like a lot of [my] time [spent studying] is wasted because now I cannot take the test for a while,” junior Dylan Bonanno said. “I felt prepared when I was supposed to take it.”

Unlike the May 2 SAT, which the College Board canceled in mid-March, the March 14 SAT was canceled in areas affected by COVID-19 only a few days before the testing date. Bonanno, who had registered to take his test on both of these testing days, was informed about the cancellation on the night before his test.

“Saving lives is way more important than a test, but March 14 was before things got really bad,” Bonanno said. “If they did not choose to close every center, they might as well have done it with extra precautions.”

As the US Centers for Disease Control and Prevention recommends that no gatherings with 50 people or more take place for the next eight weeks, most juniors believe that it was the right decision to cancel the future tests.

“You’re sticking hundreds of coughing, sneezing, sick, sweaty high schoolers from different schools and areas into small, packed rooms at two to three feet apart with little ventilation,” Patsenker said. “That’s literally the worst thing you can do for the spread of [the] coronavirus.”

In terms of college admissions, numerous colleges have decided to go test-optional, hinting at the possibility of focusing more on other aspects of a students’ admissions rather than the test scores.

“Although this is a tough time, I think it’s important to realize that you are not the only one feeling worried or anxious,” Bonanno said. “Millions of other students are facing the same issues, so colleges will probably be more understanding. After all, there are a lot more other people out there that are facing bigger, [more] important challenges like doctors and nurses.”