10 movies on Netflix to binge watch during quarantine 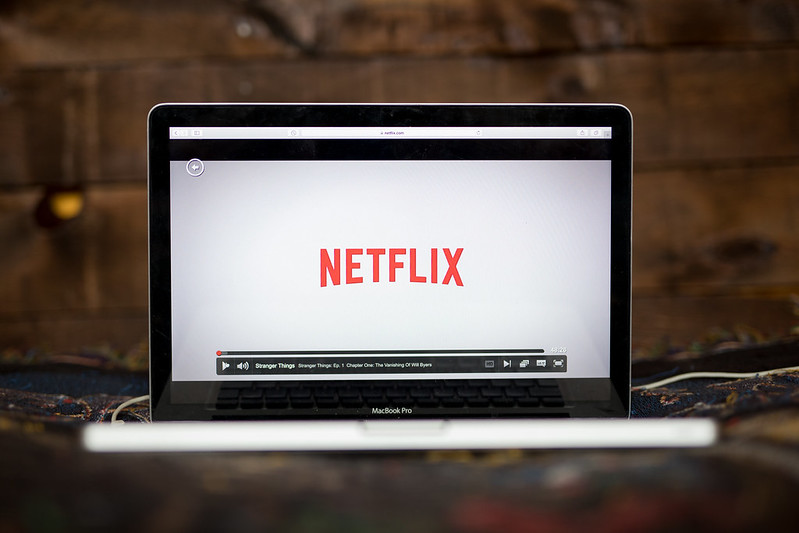 WSPN's Christina Taxiarchis and Jess Reilly list ten movies on Netflix to binge watch during quarantine. If you are looking to indulge in a comedy, drama, action or horror movie, keep on reading!

If you find yourself with some newfound down time (which you probably will), check out these movies on Netflix. One of them might pique your interest!

“Extremely Wicked, Shockingly Evil and Vile” tells the story of Ted Bundy, an American serial killer who murdered countless women during the 1970s. The account of Bundy’s crimes and trial are seen through the perspective of his old girlfriend who slowly realizes that she has been manipulated all these years and finally learns the truth about him. If you are interested in learning more about Bundy’s heinous crimes and are ready to be on the edge of your seat, this movie will not disappoint.

2. Would You Rather
Thriller/Horror

Iris, a woman who is not able to pay for her sick brother’s medical bills, is offered an opportunity to compete in a game. If she wins, her brother’s leukemia treatment will be paid for. What’s the catch? Well, it’s a deadly game of “Would You Rather?” The last person standing will receive whatever they desire, but first, they must endure eight rounds of pure pain and agony.

3. The Edge of Seventeen
Drama/Comedy

Nadine, a junior in high school, is an awkward soul. After losing her father, who seemed to be the only one who got her, Nadine’s life turned upside down. Luckily, she has always had her best friend, Krista, by her side. But, their relationship is interrupted when Nadine finds Krista in bed with her older brother, Darian. Darian and Nadine differ greatly – while Nadine is the brutally awkward, clumsy younger sister, Darian is the popular, high school heartthrob. Nadine is ready to make new changes to her life, and it sure is an adventure.

4. To the Bone
Drama

Ellen is a young woman who is dealing with anorexia. After spending her teenage years in several different rehabilitation programs but never recovering, her family is determined to help her regain her health. Ellen is hesitant to join another program, but after talking to her younger sister, she realizes it’s time to find a solution. Ellen is sent to a group home for youths that is led by an unconventional doctor, who tries to teach Ellen how to finally face her disease.

5. The Other Guys
Action

If you love watching Will Ferrell or Mark Wahlberg in action, “The Other Guys” is your type of movie. The two characters, Allen and Terry, are NYPD detectives who only seem to receive low-level tasks. Well, the two decide they want to do more. While working on a seemingly insignificant case that later turns into a bigger deal, the detectives are given the chance to finally prove that they are capable of playing in the big leagues.

Tessa Young is a studious, rule-following young woman starting her freshman year of college. Here, Tessa is exposed to a whole new world outside of her little bubble. One of these things is Hardin Scott, a notoriously rebellious student. As Scott and Tessa’s relationship develops, Tessa’s changing personality comes into conflict with her good-girl identity. With some unexpected turn of events, this movie is great for anyone who enjoys teen drama shows or suspenseful romance movies.

Based on the true story of the kidnapping and hostage of Brie Larson and her son Jacob Trembay, this movie is both emotional and suspenseful. It tells the story of Brie’s abusive life in captivity and how she escaped to freedom with her son. This movie is a good choice for anyone interested in engaging in some more serious content. However, this might not be a great choice for viewers who are easily frightened or disturbed.

8. Life As We Know It
Romance

This movie tells of the complicated relationship between Holly Berenson and Eric Messer. Set up on a blind date by their mutual best friends, the two get off to a rough start. As godparents of their best friends’ daughter, they share a common love for their goddaughter Sophie, despite their dislike for one another. However, their relationship gets turned upside down by an unfortunate incident. As they navigate this new reality, Holly and Eric’s relationship evolves. “Life As We Know It” is a great choice for anyone looking for a movie that combines romance, comedy and a little tragedy.

Starring Christina Aguilera and Cher, this movie is full of music and dance. The plot follows the experience of Ali, a young woman trying to pursue her dreams as a performer in Los Angeles. As a cocktail waitress at the Burlesque Lounge, Ali flourishes as a performer and establishes relationships with the clubs staff. With exciting music and dance performances, “Burlesque” is sure to entertain.

An ambiguous entity mysteriously sweeps across the nation, and anyone who sees the unknown force dies. To survive this crisis, a woman and her children are forced on a dangerous, blindfolded journey to survival. As they struggle to make their way to safety, they face chilling challenges. This movie is sure to keep you engaged with suspense and fear. However, this may not be a great choice for those who are frightened easily.