Meet the faces of this year’s SADD leaders 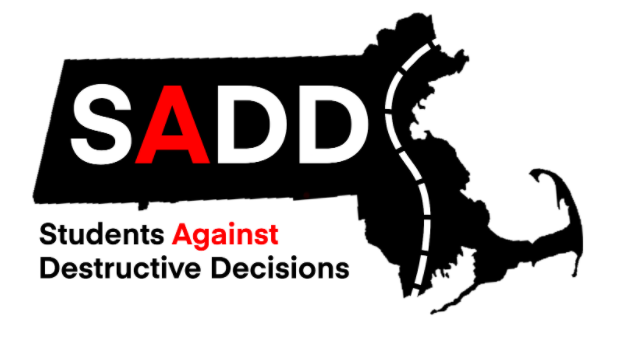 SADD, short for Students Against Destructive Decisions, is a nationwide program promoting healthy and safe decisions in teenagers.With the 2020-2021 school year approaching, new leaders for the Wayland program have been chosen and are preparing to achieve new goals. "The bottom line is that it’s scary to see people in [dangerous] situations, especially if they’re your friend," junior SADD leader Charlotte Salitsky said. "We try to peer educate and encourage safe behavior.”

SADD, short for ‘Students Against Destructive Decisions,’ is a group of WHS students encouraging teenagers to make safe and healthy decisions. Founded in Wayland in 1981, SADD began as an initiative to inform students about the dangers of drunk driving. Over the years, however, the club has evolved. SADD’s mission is to help teenagers confront daily issues like alcohol, drugs and mental health and to encourage them to find ways to fix them. Now that SADD has spread not only statewide, but nationally, the organization serves as a safe space for people to speak freely about issues and work together to encourage teenagers to make safe decisions.

Why do you think informing students about drunk driving and destructive decisions is important?
“Because they are a very prominent issue in the world of a teenager, and many people aren’t aware of how serious some effects of their decisions can be. With knowledge of the dangers surrounding destructive decisions, students can save their lives and [lives of] others.”

What do you hope to achieve during your final year of SADD?
“I want to take away leadership skills and the ability to make people aware of problems happening around them in a way that will stay with them forever. I hope other people take away the feeling of a community and knowledge of how their decisions can affect them. As a club in the upcoming year, we really want to make SADD more prominent throughout the school by hosting more fundraisers and activities for our peers, and we would love to expand our numbers.”

What made you join SADD?
“I joined SADD because some of my good friends ran it at the time, and I loved what they were saying about it. It’s also something I believe is very important for high schoolers to be a part of and be educated on. I keep coming back to SADD because we have a great group of people who are all willing to put their efforts towards a great thing while having a fun, accepting environment. SADD presents a great message that I love to spread.”

Why do you think SADD is important?
“SADD is important because the issues we discuss are very prominent in most high schoolers’ lives. It’s great to have an environment to speak freely about these things and to have input on ways to spread information on how to prevent students from making destructive decisions.”

Why is SADD important to you?
“I got involved in SADD freshman year because my family has a history of abuse problems, so I definitely wanted to be involved in [solving] these issues. I’ve experienced [destructive decisions] first hand, so I know how scary it can be for people, and I want people to have a place to go if they feel like doing destructive things.”

What do you think makes SADD an effective club?
“The whole purpose of SADD being run by teenagers is that we know what happens within our age [group], so it’s not like a teacher is lecturing you, but we’re also trying to stop people from getting seriously hurt in the most relatable way possible. Teenagers want to listen to other teenagers, so it’s a lot more effective than hearing it from your wellness teacher.”

Have you seen destructive decisions firsthand?
“I’ve been to parties where people aren’t able to control themselves, and it’s scary. SADD lightens the topic of what can happen if you are in such a position and what to do in that moment. I want people to know that nobody’s perfect, but there are things you can do to make sure that your safety is first.”

Why did you become involved with SADD?
“I became involved with SADD at the beginning of my sophomore year because I felt that it was important to be informed of the prevalent issues that the club covered. SADD focuses a lot on decision making, responsibility and caution, which are skills that I wanted to have to keep myself, my friends, and my peers safe.”

What would you say to somebody interested in joining SADD?
“If someone was considering joining SADD, I would say please do! Our mission is to prevent future instances of destructive behavior and to keep everyone in our community safe. We encourage all students to join because the issues we cover are very important in high school and beyond. To become involved, please reach out to any of the 2020 leaders or [wellness teacher John Berry].” 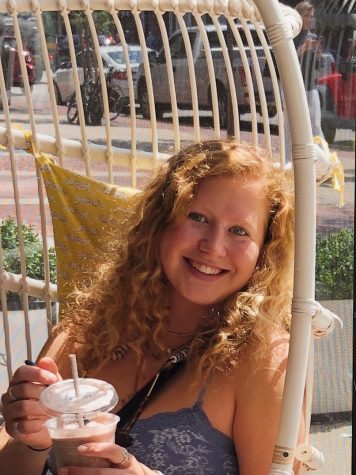 What is SADD’s ultimate goal?
“In Wayland, SADD has always been about providing alternative choices and educating others. We talk about the taboo topics that we know are going on in Wayland like vaping and drinking and we try to create resources. We aren’t preaching because we are all equals at the end of the day. We just want discussion.”

How and when do you see destructive decisions play out in real life?
“Near the end of the summer, before school starts up again, people want to cram in their last week of partying  [so destructive decisions] are present. There have been situations where older kids have driven under the influence, and I’ve felt so wildly uncomfortable. I wasn’t part of SADD then, but if that happened now, I would pull out my phone and call an Uber to get them home.”

How has SADD affected your view on destructive decisions?
“As leaders of SADD, we never want to be seen as hypocrites or as people who don’t practice what they preach, so we are aware and do not do the things that we specifically say not to do. The bottom line is that it’s scary to see people in these situations, especially if they’re your friend. We try to peer educate and encourage safe behavior.”

Why is SADD an important topic?
“SADD is a great way to spread information about how high school students can make safer and more informed decisions. I think it’s really important that they hear that information from people around their own age rather than feeling like they’re being judged or lectured by an adult.”

What would you say to somebody who is interested in becoming a member?
“We’re always looking for new members! Anyone who’s looking to get more involved in not only the WHS community but the Wayland community as a whole should definitely check out SADD. SADD is very engaging and connects you to people in other grades that you might not have talked to otherwise. We have a lot of fun, and it’s very rewarding to feel like we’ve made a positive difference.”

Why did you join SADD?
“I joined SADD because I think it’s important to have a club that addresses problems such as drunk driving, smoking and driving, vaping and other related topics. SADD now stands for ‘Students Against Destructive Decisions’ so it covers all topics. There was no personal reason or incident that made me join, but I think in high school all of these topics are very important at this age when kids are still learning.”

What are your goals for the upcoming year?
“This year, as one of the leaders, my personal goal is to get more kids involved in the club and to be more committed. Often, we’ve had trouble planning events, so this year I really want to be focused and get a lot done. As a group during the coronavirus, we are starting to do online babysitting with young kids and sending donations to people who need help during this time. We are also planning an awareness week towards the end of May where we will post videos and messages about specific topics each day for a full week on Instagram. Our goal is to bring awareness to these topics and be present on social media since we aren’t all together at school.”

Why did you join SADD?
“I joined SADD freshman year because I felt this club has many messages that all teenagers should listen to or at least know about. Our topics have to do with destructive decision making. We as a group believe many teenagers choose to make these decisions based on a lack of knowledge of such substances. I have learned so much being involved in this group and am glad I can spread knowledge to others.”

What does SADD do to help the community?
“Throughout my three years as a SADD member I have seen the club grow with creative ideas and ways to reach out to the community and spread awareness. Although it may not be noticeable, the leaders and group members have worked on many projects. We have set up mock car crashes, had guest speakers [and] gone to focus groups.”

Why do you like being part of SADD?
“One of my favorite things about SADD is the bake sale fundraisers. They are so much fun because we get to interact with the whole community and with the group as well. Another great part of SADD is the team bonding activities. After we get through serious topics sometimes we like to have a break and get closer to each other. During my freshman year, after we had a speaker come to the school, we did a cookie decorating team bonding [activity], which was super fun.”