Students begin to use turf fields despite them still being closed 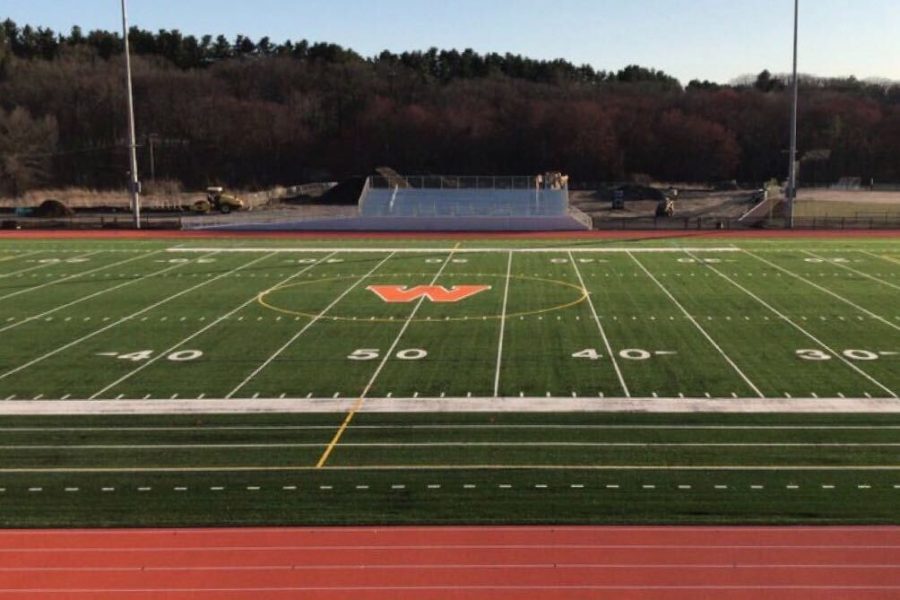 Due to COVID-19, the Wayland High School turf and facilities have been closed. They will not be open until word from the state is given allowing the campus to be open. Opening the turf later in the summer is something assistant athletic director Erin Ryan hopes to see.

As states around the country start to open back up again, there have been strict guidelines that people are required to follow. Public places like turf fields have slowly started to reopen as the process for returning to normal life has been in progress. Many people have been going to turf fields thinking they are open even though they aren’t, which is also the case in Lincoln-Sudbury and Wayland.

“Lincoln-Sudbury’s turf is NOT open,” Wayland assistant athletic director Erin Ryan said. “LS is currently closed to students and community members and that includes all campus facilities. Just because people have been using it does not mean it is open, as we have seen in Wayland as well.”

Before the March 12th closing, students and others who were on the turf were asked to leave because it was an active construction site. As the country has started the reopening phase, more people have assumed they can go on the turf and track. The Town of Wayland closed all town athletic fields and playgrounds due to COVID-19. Many of those closures are still in place as noted on the Recreation Department’s website.

“It is unfortunate that state closures have been so disregarded that it is assumed they do not exist,” Ryan said.

The turf and other campus facilities aren’t only closed because of COVID-19. While construction is complete on the turf, there are still some aspects of the whole project that still need to be completed and were put on hold due to COVID-19.

“Power to the field and buildings has not been completed due to COVID-19 restrictions,” Ryan said. “Upon completion, final inspections will be done before signing off.”

As the country starts to reopen again, the athletic directors and the Town of Wayland believe that the turf and campus will be open for kids and the public to use. It all depends on how the reopening goes and whether or not opening the turf up will be safe for the town.

“The turf and campus will likely be open at some point this summer for use in accordance with public health guidance and social distancing,” Ryan said. “I do not know when that will happen, but we do anticipate it will open.”

Around the country, some sports teams have been starting to practice again following the social distancing guidelines. Many wonder if Wayland will allow that to happen and if there is a possibility for fall sports captains practices to be held during the summer.

“The permissibility of captains’ practices will depend on state and local public health guidelines,” Ryan said. “As of now, organized practices and pick up games are not permitted.”

Many sports involve shared equipment and contact between players. If captains’ practices were to be allowed, the groups could be no larger than 10 people as the state says. It would be more of an individual practice but athletes would still get the social aspect of sports that so many have been missing.

“So long as those guidelines from the state are in place, captains’ practices will not be allowed,” Ryan said.

Many athletes during this time have been missing the opportunity to play their sports. The Town of Wayland wants to get athletes up and running again but realize that the state rules must be followed. Until the state gives the okay for the turf to open, no one is allowed on the turf.

“Given that Massachusetts is working through a phased approach to reopening, it is possible that this will change as the summer progresses,” Ryan said. “However, I can not say for certain when that will be or how it will apply to captains’ practices specifically.”