A rundown on Wayland fall sports 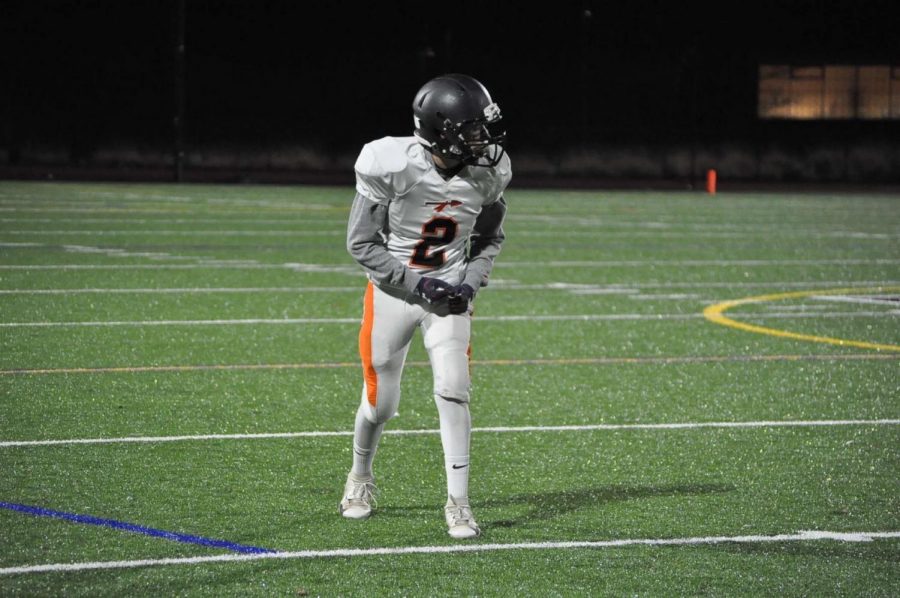 Junior Sean Goodfellow lines up before the snap of his freshman football game, two years ago. This year, football at any level will not be playing games, instead, they will be practicing twice a week.

Across the country, many states are not allowing high school sports to run this fall due to COVID-19 concerns. Luckily, in Wayland and most of Massachusetts, fall sports are being played in some manner. All sports will be altered to accommodate for social distancing. Masks will be worn in any instance where keeping six feet of distance is not possible. Here is a small rundown on how each sport at WHS will be played this fall.

All boys and girls soccer teams are returning to play this fall, with both practices and games. The games, played against only five other teams in the same division, will be played on Wednesdays and Saturdays starting on Wednesday, Sept. 30. Major rule changes include the elimination of all purposeful heading and contact, and substituting throw-ins for indirect kick-ins.

Field hockey will be played this year with practices and games. The games will be played on Wednesdays and Saturdays starting on Wednesday, Sept. 30 at home against Weston. There are very significant rule changes, however, including shortening the active starting lineup from eleven players to seven. Also, there will be no penalty corners. In it’s place, there will be a 25-yard free hit.

The football team will not be playing games this fall, only practicing. They will practice Tuesdays and Thursdays in the hope that their season will be played in the “Fall 2” season in February. Practices will involve playing football; however, players aren’t allowed to wear pads and helmets. Therefore, no contact will be permitted.

Girls volleyball, similar to football, will have practices but no games this fall. The team’s games will be played in the “Fall 2” season. Some major rule changes are the elimination of post-point huddles, and balls are to be replaced and cleaned after every rally. The volleyball team started practices on Monday, Sept. 21.

The golf team will run as normal this year with both practices and matches. All events will have six feet of social distancing. When six feet of distancing is achieved, players may take off their masks. The first match is Wednesday, Sept. 30 at Weston.

The cross country team will conduct both practices and meets this fall. Practices will be conducted in pods of five to ten people with social distancing required. Once a week, teams will have meets against one opponent, but at the end of the season, there is a possibility of a DCL championship meet. On Saturday, Oct. 3, Wayland has its first home meet against Weston.

The Wayland-Weston crew team will have both practices and virtual events this year. The virtual events will be self-timed, reported and compared against other teams. This fall, there will only be single and double boats, meaning a limit of one or two people for every boat.