Opinion: The 2020 election might break America and I’m terrified 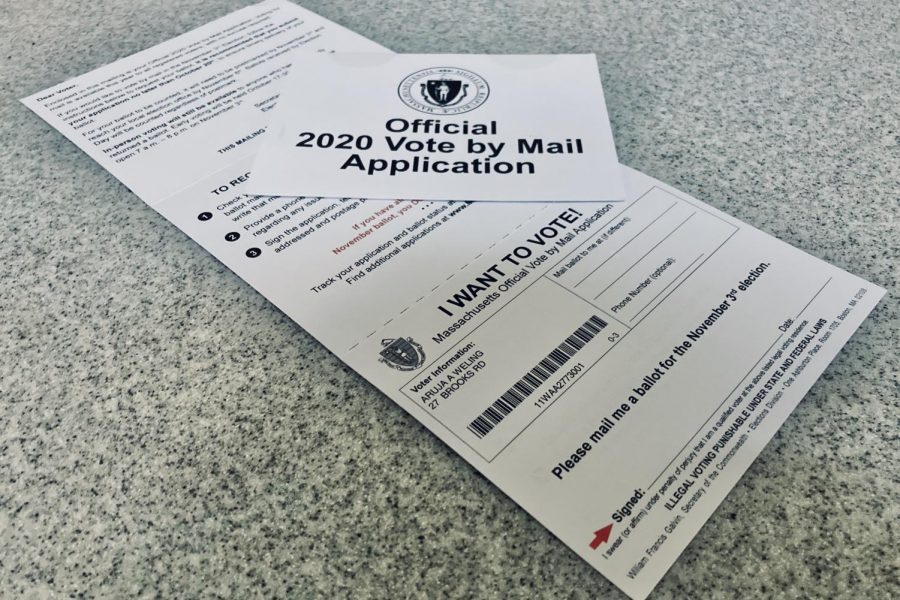 I believe every high school senior can attest there is no shortage of things to worry about during this stage of our lives. College applications stack on top of homework from AP classes which stack on top of extracurriculars like a set of stress-inducing Russian dolls. As the year continues, many of us have moments where we are so overwhelmed by the tasks ahead of us that our mental state ends up on a hair-trigger, ready to explode when just the slightest bit of stress gets piled on. There is no worse time for the most consequential election in American history to add to the uncertainty of our futures.

Every single day, whether I’m watching TV or scrolling through Instagram, I am bombarded with messages telling me how much is at stake on Nov. 3. The Supreme Court, affordable healthcare, access to abortions; you name it, Trump is threatening to destroy it. I am encouraged to “vote like my life depends on it.” But for me and many of my classmates, that isn’t an option, so we are left with this feeling of hopelessness that just won’t go away.

For people my age, it is impossible to not be filled with anxiety about the coming election. A recent forecast from FiveThirtyEight gives Biden an 83 in 100 chance of winning this November, but our generation has been given the good fortune to be just old enough to remember in detail the failed polls of 2016. No matter how hard we try, there’s this nagging voice in the back of our heads telling us that there’s nothing we can do; Trump will win a second term.

Even if we choose to believe the polls, what happens after Biden wins is yet another source of dread. The president has refused to commit to a peaceful transition of power and has made it clear that he will do everything he can to cast doubt on the legitimacy of the election, including gutting the U.S. Postal Service and spreading misinformation to his loyal followers.

This could mean a long, hard-fought battle in the Supreme Court which is likely to have a 6-3 conservative majority by election time due to the shameless efforts of Republican senators to confirm Amy Coney Barrett. It could mean launching “investigations” by federal departments to shed light on fabricated accusations of fraud being committed with mail-in ballots or working with state legislatures in key states to make them appoint Republican electors even if their popular vote goes to the Democrats.

But perhaps most scarily, it could mean that the president’s call for the Proud Boys to “stand back and stand by,” become a reality. By spreading conspiracy theories online or with the help of his mouthpieces at Fox News, Trump could rile up his devoted base and incite violence in American cities, the likes of which haven’t been seen since the Civil War.

I shouldn’t have to imagine that. I shouldn’t have to go to sleep worried that a national version of the Charlottesville rally will occur before the year’s end. As a person of color, that would quite simply be the most frightening thing conceivable, and yet it’s more of a possibility than many of us would like to admit.

And the kicker is, there’s nothing that I can do. I can’t vote. I can try to tell everyone I know who can vote to do so, but there’s only so many of them, and most of the ones I do know have made up their mind already anyways. My generation, the one that will have to deal with a country marred by the effects of climate change, a global pandemic, and rampant income inequality is electorally silent, forced to watch from the sidelines as people who will have to deal with none of the same problems decide our futures.

I am far from alone. I am but one member of my senior class which is one of four grades at Wayland High School which is one of tens of thousands of high schools in the United States. There are millions of us who are meditating, taking breaks from social media, and going on relaxing walks outside, but there comes a point where those just don’t work. Our dream jobs, dream relationships, and dream retirements have been flushed down the proverbial toilet by an administration that is an insult to the word disastrous.

We can’t lose hope. We are guaranteed to experience some of the most trying times in world history within the coming months, but we have to believe that change is possible. Even as I write these words, I know there will come a time when I will likely lose that hope, and I know that I will have to find it again, somehow. You, reading this, might have already lost hope, and I pray that one day you might find it again as well.

And if you are fortunate enough to be one of the few seniors or juniors to nudge your way past 18 before Nov. 3, vote like your life depends on it, because it does.