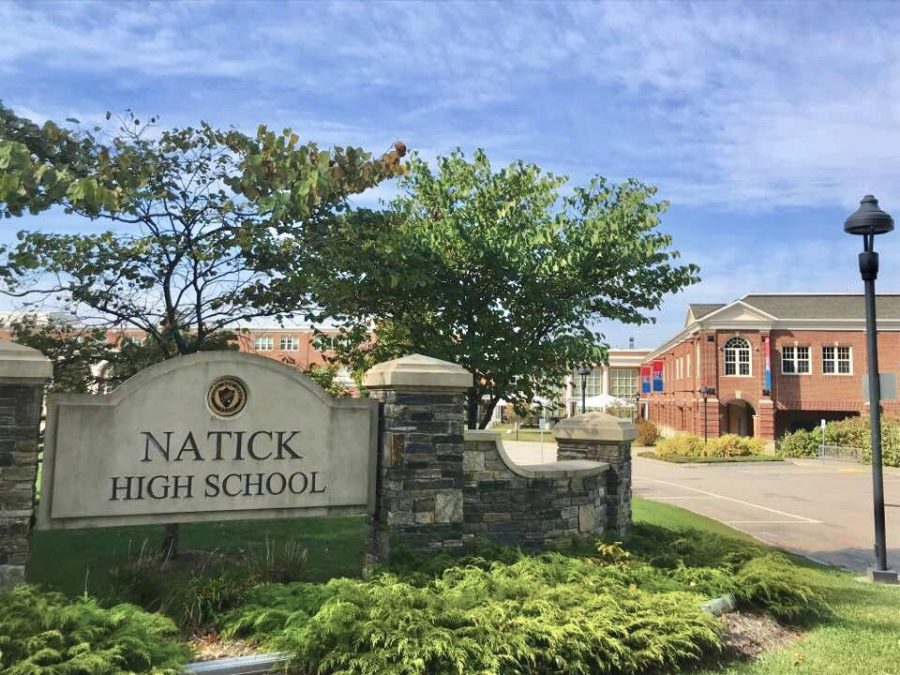 After a student at Natick High School (NHS) who tested positive for COVID-19 hosted a party, NHS decided to cancel the Oct. 3 SAT and move away from in-person learning. “People need to understand that the world does not revolve around them and that their actions have consequences," NHS senior Connor Flynn said. "Hopefully, this sends people the message that having massive parties in a pandemic is unwise.”

Natick High School (NHS) abandoned its Oct. 3 SAT and pivoted to two weeks of remote learning on Sept. 28, after the district learned that a student held a party over the previous weekend after testing positive for COVID-19.

Because it became difficult to obtain the names of the students involved in the party, Natick Public Schools administration and Board of Health decided to shut down the school as the students exposed to the virus ignored the mandatory quarantine and continued to mingle throughout and outside of Natick.

“I felt disappointment and even anger at folks who I believe are irresponsible in the way they have handled the pandemic,” NHS senior Connor Flynn said. “I believe it’s unfair that the selfish actions of a few must affect the lives of many. Considering this is our senior year, this is our last time around, I feel as if folks are wasting away our collective long term satisfaction for short term pleasure.”

The incident impacted Flynn significantly, who was signed up for the Oct. 3 SAT at NHS. Not only did he have to get tested for the virus after being notified he came into contact with an infected student, but his senior plans were also severely affected.

“When I heard [the SAT] would not be happening, I had to immediately reassess my colleges I’d be applying to in the fall, as some of the colleges still require SAT scores,” Flynn said. “This was, of course, unexpected and we all had to react in time to it and change some pretty big plans.”

NHS’s decision to cancel the SAT was also unwelcome news for WHS students who planned to take their exams at NHS, including sophomore Katie Byrne, who studied for the SAT II Biology subject test. According to Byrne, not only did the district make the announcement abruptly, but the College Board was behind in delivering the news to those living outside Natick.

“I didn’t hear from them about the cancellation until a few days before my test was scheduled,” Bryne said. “It sucks that the earliest available testing date is now Nov. 7, because that is more than a month after I was expecting [to take it], so it means another month of studying and trying to remember everything [I] studied, plus normal schoolwork.”

According to an anonymous NHS senior, this cancellation was detrimental to many of her peers, who needed to take the October SAT to fulfill their early action applications, regardless of their test center.

“One of my friends who was taking [the SAT] in Wellesley [was] told no one from Natick was allowed to take the SAT there because of the potential that they would spread COVID-19, which was extremely devastating,” the anonymous NHS senior said.

Although many NHS students feel devastated by the abrupt transition to remote learning and the canceled exams, many believe the district’s decisions were appropriate.

“Safety must come first,” Flynn said. “People need to understand that the world does not revolve around them and that their actions have consequences. Hopefully, this sends people the message that having massive parties in a pandemic is unwise.”

In agreement with Flynn, the anonymous NHS senior believes attending large gatherings amid a pandemic is irresponsible and selfish.

“Everyone is doing their part to keep others safe, and one person can destroy opportunities and lifestyles for so many as shown in what had to happen at NHS,” the anonymous NHS senior said. “Not only are you causing events and schedules that so many people are relying on and enjoying to be canceled, but you could also potentially cause people to get very sick and die.”

The anonymous NHS senior, who lost a 28-year old family friend to COVID-19, believes that young people should be aware of the dangers of the virus and take precautions.

“It is easy to say that ‘I’m young, so I’ll be fine,’ or ‘If I get the virus, it is fine because I won’t die,’” the anonymous NHS senior said. “This virus can affect you regardless of your age, and more importantly, it is our responsibility as young people who will most likely be unaffected by the virus to protect those who will be affected.”

As The Centers for Disease Control (CDC) notes, the risk of COVID-19 spreading increases with the size of in-person gatherings. Therefore, the CDC recommends to avoid large gatherings and follow the safety guidelines to prevent the spread of the virus.

“The next time you can’t go a couple of months without having a party or seeing your friends, think about your grandparents, your friends with asthma or those you know who are immuno-compromised,” the anonymous NHS senior said. “Wouldn’t you want those around them to stay safe, to protect your loved ones’ health?”