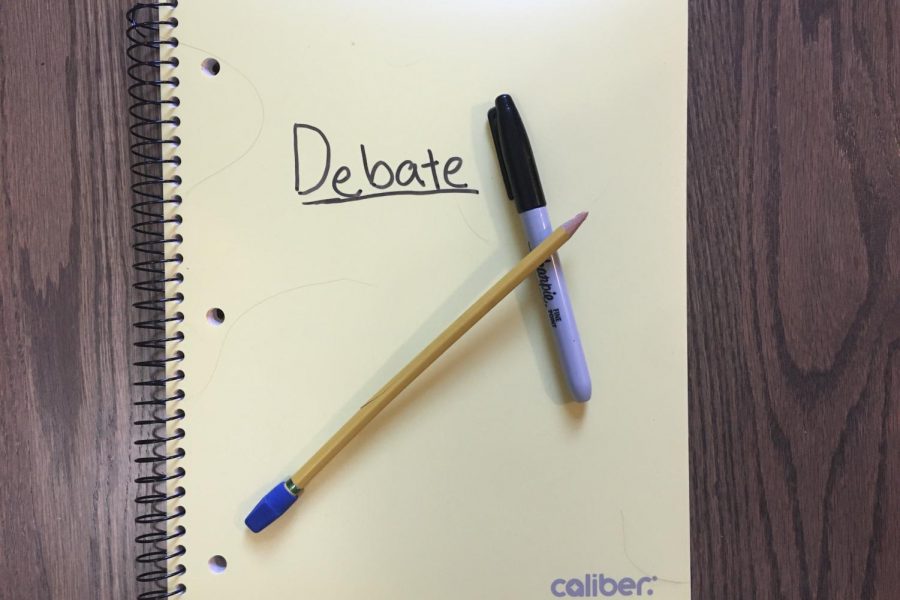 Students give their opinions and notes about the first 2020 presidential elections and hopes for the next. "[The debate] was a complete waste of my time," Smith said. "Sure, it was a good comedy, but coming from our two potential leaders, it was quite frightening."

After the first presidential debate of the 2020 election on Sep. 30, many news outlets and individuals began to form different opinions on the issues brought up along with the behaviors of President Donald Trump and Former Vice-President Joe Biden. Similar to the rest of the country, students at WHS had their own reactions to the polarizing debate.

During the debate, Trump and Biden spent a lot of time sending insults and speaking over each other. The candidates’ actions led sophomore Bella Batts to be unimpressed with both sides.

“I did not think the debate was run well [and] I think a lot could have gone better,” Batts said. “I think both candidates could have been more mature, especially towards each other [and] maybe not interrupt each other.”

Although Batts still thinks that neither Trump nor Biden had the best showing at the debate, she still believes that Biden slightly edged out Trump for a better performance.

“I think Biden performed better because he actually got some of his ideas out there even if they weren’t very detailed while Trump just kind of interrupted the whole time and spoke over Biden,” Batts said. “He didn’t really say any of his main ideas.”

Freshman Elyssa Smith agrees with Batts that neither candidate performed well due to the time they spent spewing information unhelpful to the debate.

“I was not impressed by either candidate,” Smith said. “I wish that they could have talked more about the pressing issues instead of turning it back on each other. However, I am glad that Biden kept his cool as much as he could while Trump was pressing him for unnecessary information.”

While Batts and Smith see Biden’s actions worthy of deeming him “more professional,” freshman Wilson Harding thinks they make him look like the weaker candidate.

“I think Biden performed worse because he blew a huge opportunity,” Harding said. “Trump was ‘playground bullying him,’ and Biden failed to take control of the situation and make Trump look foolish. Instead, he was pushed around, which isn’t a good look for a potential president.”

Another area of contempt between viewers was the job of the moderator, Chris Wallace, and whether or not he managed to allow the candidates to discuss their viewpoints.

“I don’t think [the debate] was well run,” Harding said. “The moderator should have stepped in earlier on and stopped the candidates from interrupting each other.”

With the final presidential debate this past Thursday, Oct. 22, and the election coming soon, Biden and Trump had one last shot going head to head to discuss issues that their voters want to hear.

“I would like for them to explain more about their healthcare plans and who will be getting it,” Smith said. “I was very confused with them yelling over each other. I got very little information and am hoping that they revisit this important subject.”

Batts also has topics she wants to hear more about from the candidates, especially current events.

“I hope they talk about COVID-19 and what they’re going to do to limit cases because that is very important right now,” Batts said. “[I] also [hope] they’re going to [talk about] combatting racism and systemic racism because that has always been a huge issue. With all the protests right now, I think that is something that really needs to be dealt with, and we need to change as a country.”

“[The debate] was a complete waste of my time,” Smith said. “Sure, it was a good comedy, but coming from our two potential leaders, it was quite frightening.”