WHS athletes reflect on their first season on the new turf 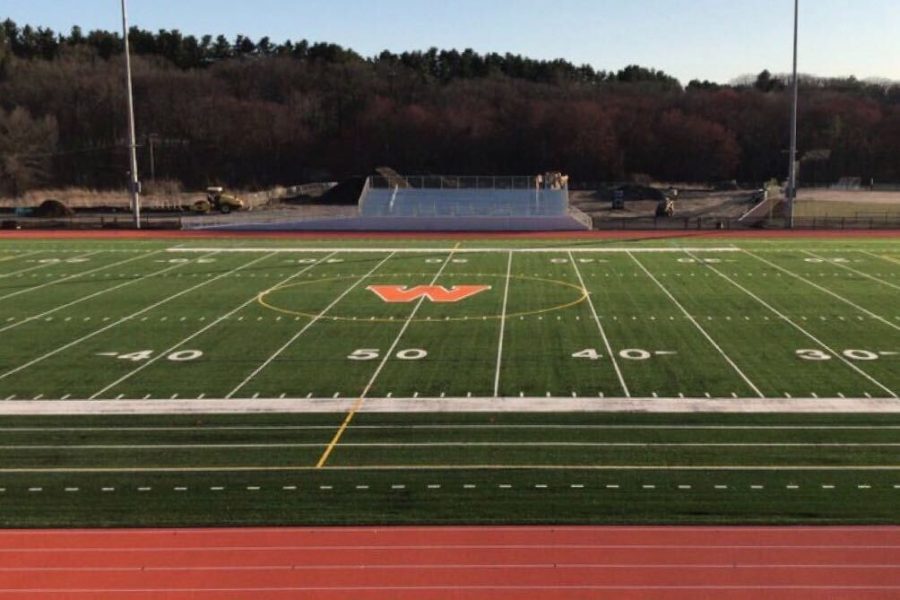 With the new turf available for the fall season, many teams have experienced playing on the new field. Players on both boys and girls varsity soccer and varsity field hockey are pleased with the new turf. "I love the turf! The old turf was injuring so many people because it was low quality," junior field hockey player Maeve Myles said. "I’m glad they redid it."

With the turf being used this past season for several school sports, boys and girls varsity soccer and field hockey have partaken in the privilege of playing on it first. The turf renovation was supposed to be finished by this past March; however, with the pandemic’s arrival at that time, the spring season was canceled and the numbers of workers on the turf were restricted as well.

“We opened the field for Graduation on July 25, but the town kept the facility closed until construction was completed on all of the new buildings in September,” Athletic Director Heath Rollins said. “We used the field since the start of our fall season on Sept. 18.”

Boys varsity soccer is among one of the first teams to use the new field. Having played all of their games on the turf thus far, varsity captain Ben Chen was satisfied with the new feeling.

“Playing on the turf feels awesome because last season we dealt with some pretty weird practice schedules due to the ongoing construction,” Chen said. “We had to play on the Wetlands in the pouring rain and on the Rock in the evenings when bugs [were] all over. I guess that playing on the turf offers a real sense of consistency, and it’s so good to be back on it.”

Another benefit of having a consistent turf is the fact that it’s much easier to maintain than a grass field. For Chen, playing soccer on the turf feels really good, especially since it is a high-quality field. Junior Maeve Myles, who plays on the varsity field hockey team, loves the turf as well.

“I love the turf,” Myles said. “The old turf was injuring so many people because of its low quality, so I’m glad they redid it. Playing last year felt normal at the time, we played well but many of my friends had injuries throughout the season such as shin splints, ankle injuries, and displaced hips. Now that we have the turf, the injuries have gone down, and even our [performance] has improved.”

Both Chen and Myles really don’t have any complaints regarding the new turf. With that said, Myles had one more thing to add:

“Playing on this turf will help improve your skills in your sport,” Myles said. “Just because you didn’t like the other one does not mean you should avoid playing on this one. Get out there and practice!”