Politipress: It is time for our better angels to prevail 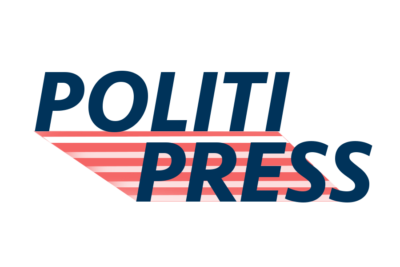 In the latest installment of Politipress, WSPN's Atharva Weling discusses his excitement surrounding the moral significance of the election of Joe Biden to the presidency.

It’s official: Joseph Robinette Biden Jr. will become the 46th President of the United States this January. I can breathe again.

But more importantly, this election means that America has reclaimed its moral fiber. For the first time in four years, we’re going to have a real leader.

Let me explain what I mean by that. Democrat John Dingell represented Michigan in the House of Representatives for over 59 years until his 2015 retirement, making him the longest-serving member of Congress in American history. He was succeeded by his wife, Deborah, also a Democrat, who serves to this day. Mr. Dingell died last year.

Mrs. Dingell voted to impeach Trump last December. Shortly afterwards, at a rally in Battle Creek, Michigan, Trump declared to the crowd, “maybe he’s looking up,” implying that her late husband had gone to hell and was watching the event from below.

Yes, Donald Trump was a bad president. He completely bungled the response to a pandemic that he knew was coming, opposed background checks on firearms, and oversaw the horrific “zero-tolerance” policy that separated children from their families at the border. But even if he passed the most successful policies in the history of the United States, he would still be a fundamentally bad human being.

I could go on about his comments on the Charlottesville rallies or the Hollywood Access tapes, but I want to shift gears now to how another president reacted to tragedy for their opponent. When Senator John McCain died in 2018, President Obama delivered a moving eulogy at his funeral, in which he expressed both his sympathies and his admiration for McCain’s widow, Cindy. The election of 2008, which pitted Obama and McCain against each other, was one of the most bitter in American history; some could argue that it was the beginning of the end for American bipartisanship. But ten years later, the past was the past, and President Obama treated his political opponent’s family with respect and dignity.

Saying that someone’s spouse is “looking up” from hell is about as close as possible to the exact opposite of respect and dignity. Trump famously referred to the war hero McCain as a “loser,” probably because it was McCain who repeatedly stood up to his policies in the Senate, like the repeal of Obamacare.

But unlike President Obama, President Trump could not put dignity before politics with either McCain or Dingell. He ruled with hatred in his heart and self-interest on his mind. His agenda was to create an “us vs them” mentality among his base of mostly white, working-class people without a college degree. Every single word out of his mouth was an attempt to terrify his supporters of the leftists, immigrants, and refugees who he insisted were coming to destroy “their” country. That divide-and-conquer strategy worked for him in 2016 thanks to the weaknesses of his opponent and the issues with the electoral college, but it didn’t this time.

Obama wasn’t the only person who delivered a eulogy at John McCain’s funeral. His vice president, Joe Biden, did as well. It began very simply: “My name is Joe Biden. I’m a Democrat. And I loved John McCain.” Those words may not seem like much, but they point to the change that is coming with Biden’s election that relieves me so much.

Full disclosure: I don’t think Joe Biden is going to be some outstanding president. Personally, I supported Pete Buttigieg in the primaries; Biden always seemed a little too moderate on issues like climate and labor rights to me. But one thing Joe Biden has proven himself to be is a decent human being, someone who can look past party divisions to see the good in everyone. And even if he doesn’t, hell, at least he tries to make it look like he does.

During his victory speech on Saturday night, Biden declared that “it is time for our better angels to prevail” over our “darkest impulses.” He vehemently supported the notion that the political divide in our country can and should be destroyed: “It’s a choice we make. And if we can decide not to cooperate, then we can decide to cooperate.”

Statements like these are why I’m exhilarated about the Biden presidency. Even if nothing changes, at least we will have a leader who will not try to turn us against each other. This is a rejection of divisive rhetoric. This is a rejection of uncaring politics. This is a rejection of the notion that each and every one of us doesn’t deserve to be treated with the same amount of basic human dignity, regardless of our race, gender, sexual orientation, gender identity, or political affiliation.

“Once again, America has bent the arc of the moral universe towards justice.”